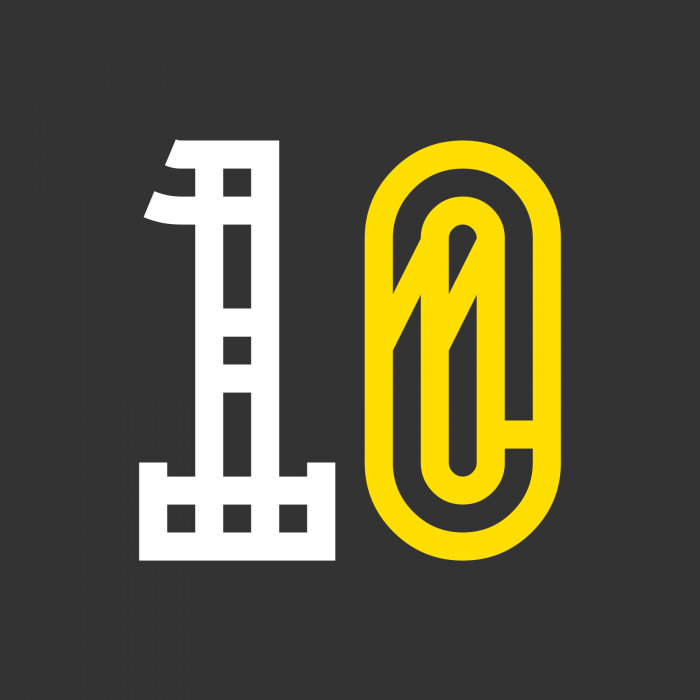 ▲ tm Fest-iv by thalamic. published today, on our 10th anniversary.

FontStruct is currently on tour in Granada, Spain. On a cool but bright spring morning, I’m sitting in a roof garden in the old Arab quarter, the Albayzín, staring at the magnificent medieval, hill-top palace of the Nasrid dynasty: the Alhambra.

About 700 years ago, the finest arab mathematicians and local craftspeople joined forces here and colluded to create the complex, honeycomb ceilings for the sultan’s private chambers. Selecting and arranging from a limited array of simple, geometric building-blocks the architects created a dizzying, recursive edifice, like a vast, heavenly city suspended over the visitor’s heads. 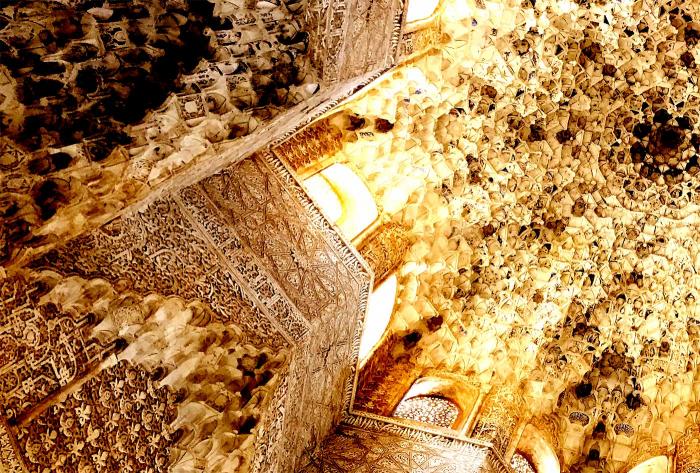 ▲ Ceiling in the Palace of the Lions (the Alhambra)

Were these designers, perhaps, the first FontStructors? Did they love and curse their little prismatic “Muqurnas” shapes and their limitations just as we love and curse our bricks? Did they leap up and scream with joy when they discovered a hitherto unthought-of combination of forms? If you are a FontStructor who has visited the Alhambra yourself you may well feel empathy with its architects’ profound passion for geometry; their predilection for modular building techniques and their love of decorative scripts.

FontStruct is a little younger than the vaulted Nasrad ceilings – it was launched just ten years ago today, on April 1st 2008 – but in my eyes it constitutes a comparably magnificent monument to human ingenuity and modular design. Over the past decade, our craftspeople, over 1.5 million in number, and assembling from every corner of the earth, have steadily created what we can view today in our gallery: a glorious, rambling edifice of modular typefaces.

▲ Ceiling in the Palace of the Lions (the Alhambra)

In total we now have almost 1.5 million fonts in our database, almost 50 thousand of which are shared and displayed in our gallery, and thoughts have been expended on over 37 million glyphs.

The ambitions and skills of our community are varied. The apprentice and the old-hand work side-by-side. For many thousands, FontStruct has provided an introduction to the world of active typography, and for many more it continues to be an important creative outlet. For some a pastime, for some a means to an end, for others still, an obsession bordering on addiction.

The palace of the Nasrid dynasty was a private place. An artificially-perfected oasis, the sultan and his family could sit here in peace, surrounded by abstract beauty and protected from the difficulties and tumult of everyday life and the real conflicts going on beyond its walls.

FontStruct provides a similar kind of calming seclusion: The empty white-tiled floor of the FontStructor’s grid and the collection of simple black shapes next to it, invites the designer to partake in a calm and meditative play with pure form. I’ve been touched over the years to hear stories from our users of how the site and its community have helped them – whether in terms of creative self-discovery, or simply as somewhere to go in times of trouble: somewhere where things and their edges and the relationships between them are simpler and clearer than in the world outside.

Let’s take a quick look back at how our palace was built, and review a small selection of FontStruct’s most popular typefaces from the past ten years. 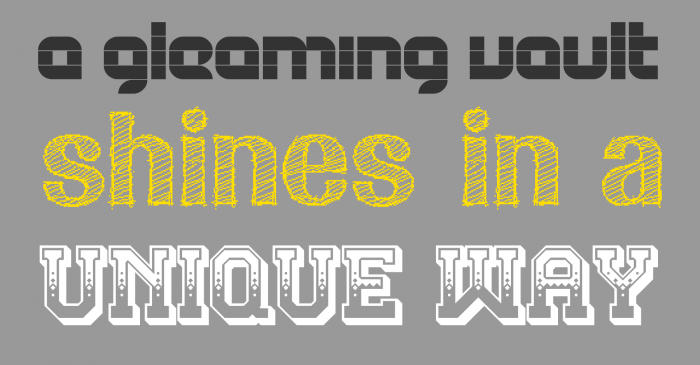 Within a few weeks of the first bricks being placed, FontStruct was everywhere: In the New York Times, Wired Magazine, and in every type-related blog and twitter feed on the planet. On the grid itself, there was a rapid and exponential raising of the creative bar. Each day, a new technique was discovered and the limits of the possible redefined. 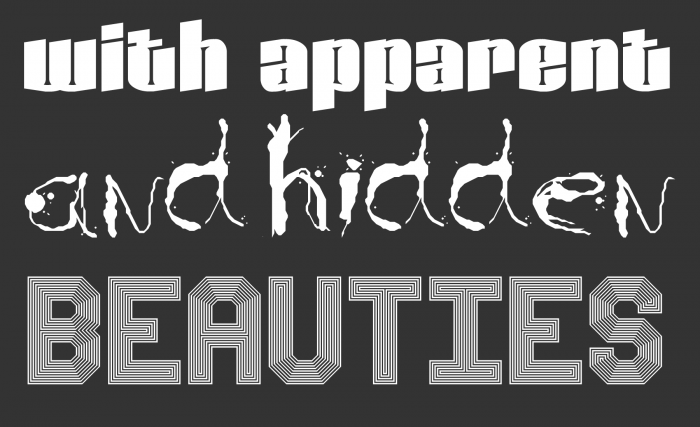 In 2009, the community grew rapidly and individual styles and voices started to emerge. A series of interviews with outstanding FontStructors were conducted on the FontShop blog, the FontFeed. (We hope to add these interviews to this blog in the coming months). At the same time FontStructions started to appear beyond the palace walls, being put to use in their first real world applications.

In 2009, FontStruct was also selected for the prestigious CommArts Interactive Annual – a juried competition of the best digital work created in the year from the world’s largest creative magazine. 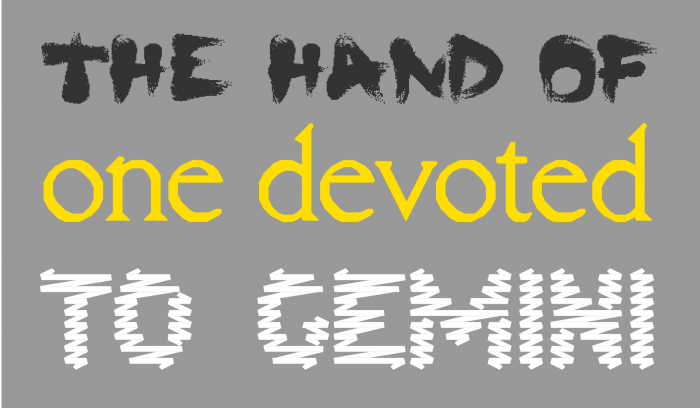 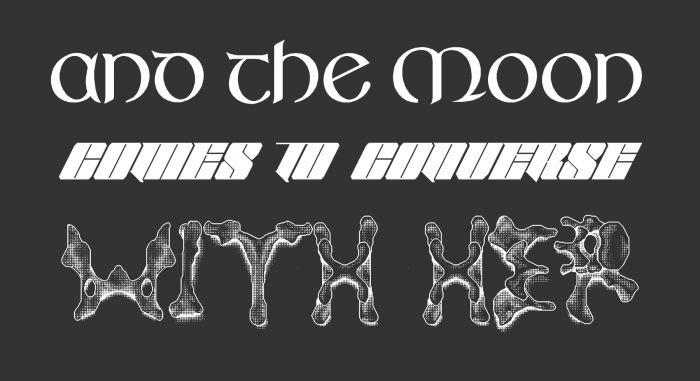 In 2011 we started to realise more fully the impact that FontStruct was having on introductions to typography courses around the world and at all levels of education. Design students from The University of the West of England (UWE), for example, are regular visitors to the site, and dazzle us annually with their grid-defying contributions to the gallery. In 2011 we interviewed them for this blog. 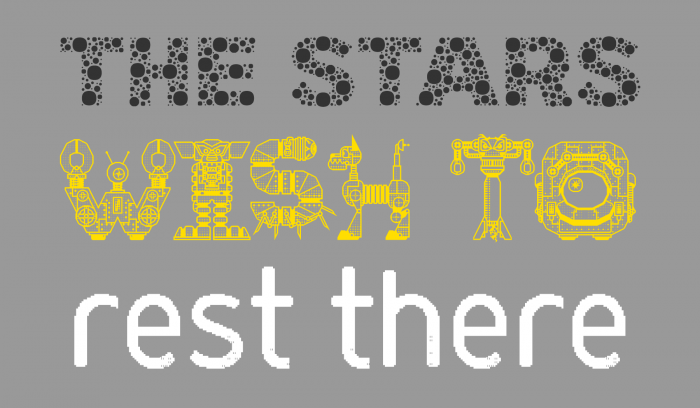 Every year brings a series of creative explosions on FontStruct, but 2012 is a particularily fizzing vintage with a number of stellar designers maturing and publishing some marvellous work, especially during our stencil competition. 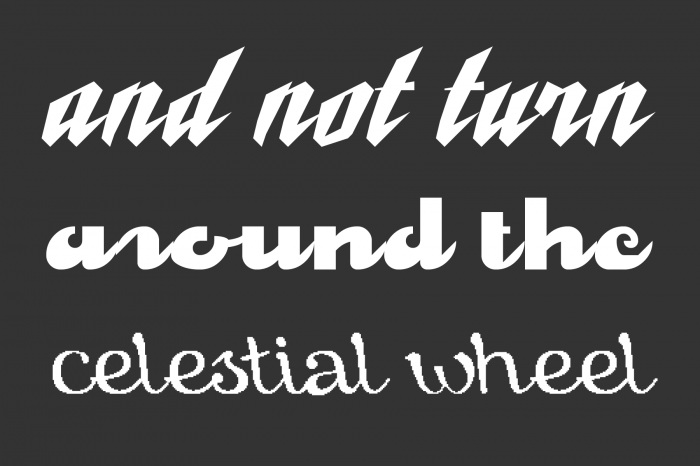 ▲ timberline by four, Jalgas by architaraz, db lucky by beate

In 2013 FontStructors continued to defy and parody the stereotypes of grid-based modular design, for example in producing variously flowing and dynamic forms for the connected script competition. 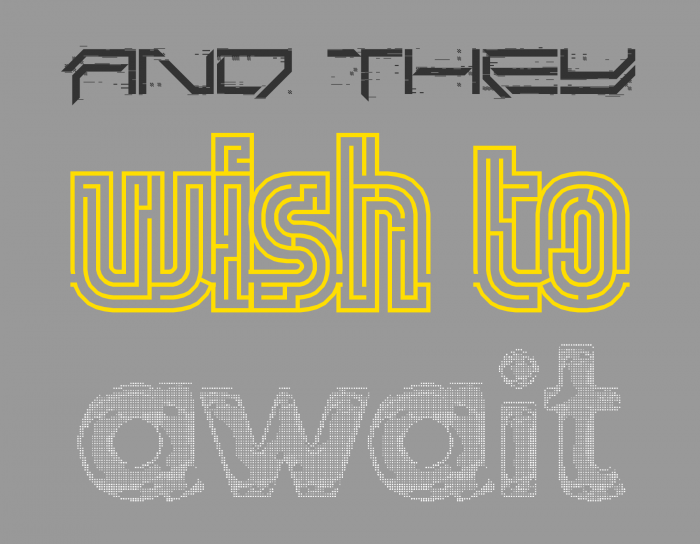 2014 saw steady growth, and another fresh crop of imaginative triumphs. In May we introduced the “nudging” feature for the first time, allowing designers to push their bricks of the grid, a little, for the first time. 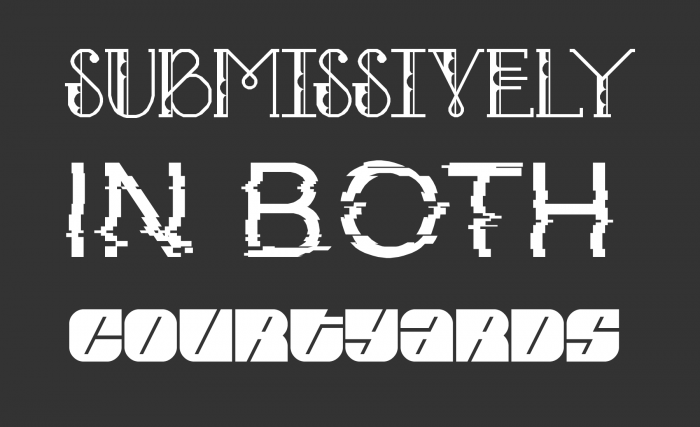 FontStruct is not just a free, easy-to-use, modular font editor that just happens to be online – it’s a growing online community with sophisticated sharing, discussion and messaging features. In 2015, and subsequent years, we put a lot of energy into updating our website – improving performance and reliability, and ensuring that the creativity can flourish unchecked. 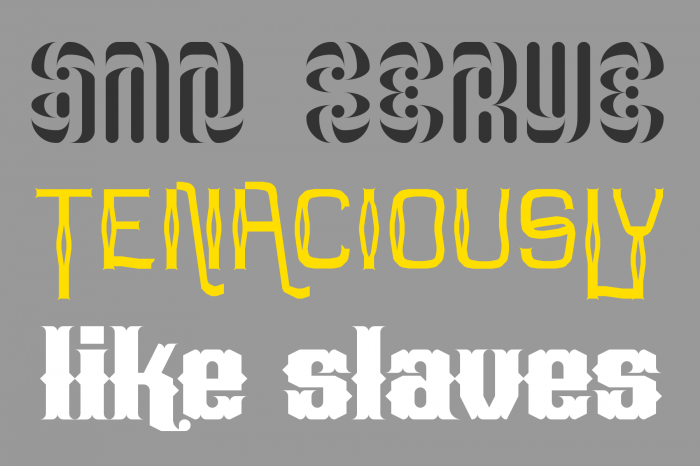 For some good reasons, Adobe Flash developed a bad reputation over its dying years, but in the early years of this century it allowed an astonishing creative revolution in terms of “rich media applications” such as FontStruct – giving developers and designers the tools to build things that more sensible HTML5 technology is only now capable of delivering to our browsers. However, in 2016 we were finally able to abandon the aging Flash technology, and we launched our future ready and plugin-free HTML5-based FontStructor.

2017 to the present: Onwards and Upwards 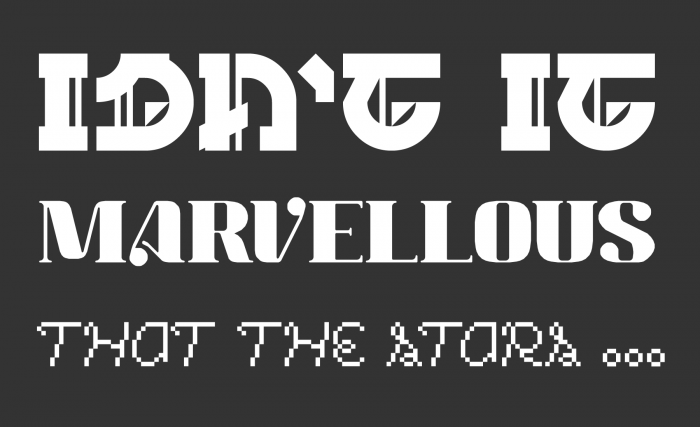 In 2018, FontStruct continues to go from strength to strength. This year sees support from a new principal sponsor in the form of Google Fonts, and the addition of the SIL Open Font License to our range of copyleft licensing options.

The history of the Alhambra teaches us an important final lesson. No matter how talented your architects and craftspeople, it takes many decades and centuries to build a palace.

Our stock of bricks is plentiful; our servers quietly humming like an army of happy bees on a summers day. The grid awaits you, clear and inviting. Our palace, your palace, is nowhere near completion.

FontStruct was originally a FontShop project. They funded, nurtured and then launched this project exactly 10 years ago and generously supported us as a sponsor until the end of 2017. I’d like to thank not just the company, but also the individuals who founded and worked at FontShop over the years and advocated for FontStruct’s creation and ongoing development: Erik Spiekermann, Joan Spiekermann, Stephen Coles, Petra Weitz, Mike Schawel, Ivo Gabrowitsch, Yves Peters, Jürgen Siebert, Gustavo Ferriera and others too numerous to mention.

I’d also like thank again our current principal sponsors Google Fonts, and our current brick sponsors Creative Fabrica without whom, FontStruct would survive but would develop at a much slower pace.

Thanks too to Georg Seifert, the creator of Glyphs, who has also supported FontStruct quietly over the past few years.

The text fragment in the samples is from the “Poem in the Hall of the Two Sisters”.