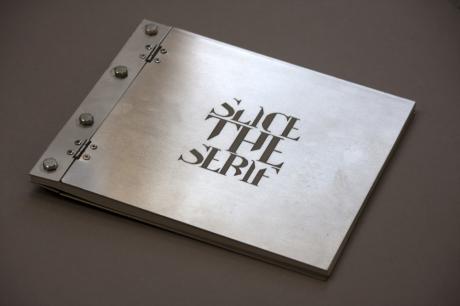 Every autumn, some remarkable visitors arrive on FontStruct. For a few weeks, a great storm of creative energy rages through the gallery. Our servers creak and groan. Bricks fly in all directions. And then, as suddenly as they came, they go; leaving behind some exceptional FontStructions and, everywhere, the mysterious tag: UWE.

This year, we succeeded in tracking down some of the people behind this strange phenomenon. We asked them to tell us about their work, and they very kindly agreed …

Who are you, and what is UWE?

We are the course team on the “Communicating with Words” module at The University of the West of England, Bristol, UK. Module Leader Gabriel Solomons with supporting lecturers John Paul Dowling,  Jez Hattosh-Nemeth and Stephen Monger.

How do you use FontStruct in your teaching work?

The students who participate in the FontStruct project are in the first year of their three year BA in Graphic Design. In part one of the project they are tasked to choose one word from a list of themes such as “Dynamic”, “Reflection”, “Chaos” or “Decay” to then create a display face of at least 26 characters plus a basic set of punctuation. We encourage the students to spend time collecting information and materials from the environment. These will be used to inform the production of their digital typeface so they must consider how the materials generated (by sketching, photographing, etc.) can result in a modular, grid-based font. Students are encouraged to apply a wide range of image-making skills to the collection of their research. It is in the translation of these recorded visual elements from location to the making of letterforms, which provide the individual quality of the student’s typefaces. 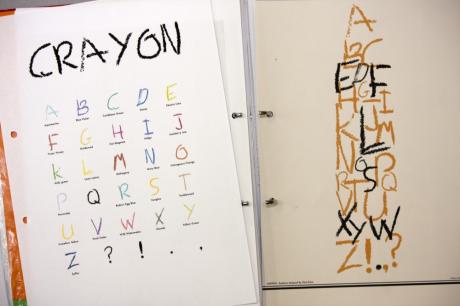 Part two of the project then asks them to produce either an A2 type specimen poster, or multi-page type specimen booklet for their FontStruction that demonstrates the development, attributes, characteristics and usability of their font. 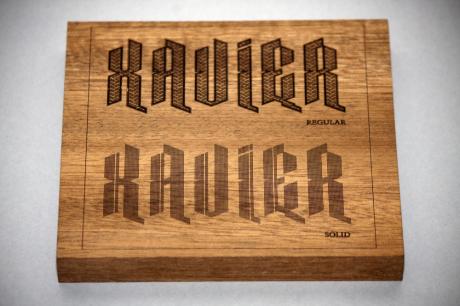 Why did you decide to use FontStruct for your graphic design course?

The structure of the typographic education over the first two years of the course begins with the history of alphabets, moving into the anatomy of type, character design, typeface design, words, paragraphs, pages, spreads, publications while also looking to promote and enhance experimental typographic interpretations. FontStruct gave us an easy and accessible way to introduce type design at an early stage. Asking Level 1 students to use Fontlab and implementing the rigour of designing a full character set at the initial stages of a students graphic design education was decided to be too much too soon.

Did you provide any introductory training with FontStruct, or did you let students work it out for themselves?

Staff provided no introductory training. We simply directed them to the website tutorial page and showed them samples of what had been done by previous students on the course. 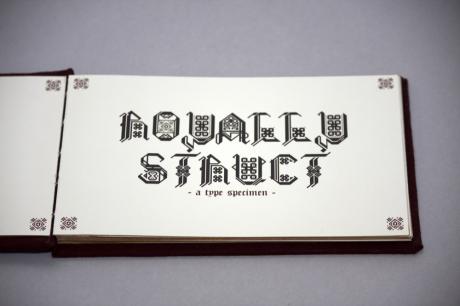 FontStruct is a public, virtual space with users discussing and rating each others fonts. There are also editorial interventions in the form of “Top Picks” and “Featured FontStructions” chosen by FontStruct Staff. Do you think this poses any challenges for educators?

We actually found these elements a positive from an educator’s point of view. Students had to write descriptions of their work, thus improving their written design vocabulary. They had to learn to take criticism or praise from other members of the community. They gained confidence and showed great attention to detail in the work they produced knowing it would be on display for the whole world to see. The ‘Top Pick” and “Featured FontStructions” served as a reward, and external acknowledgement of the work they created. There seems to be a very engaged community of “FontStructors” on the site all helping to support one another with considered feedback, suggestions for improvement and problems or glitches encountered. Our students really engaged with this public discourse and have learned to see the huge benefits of taking an active part.

Many of the UWE project themes (Chaos, Decay …) seem especially difficult to interpret given the grid-based, modular restrictions imposed by FontStruct. Was this intentional?

Yes completely! We felt that if had we given them a brief which asked for the design of a modular typeface, the results would be quite narrow. We decided to go in the opposite direction and choose words with an often ‘organic’ interpretation to see how far they could push their solutions using a grid-based system. Students had to begin their process “offline”, exploring the theme in the real world. Some initial sketches and ideas were often impossible for us to imagine resulting in a grid-based font but the students regularly came up with methods – many of them ridiculously time consuming – that would enable their ambitious ideas to translate effectively. 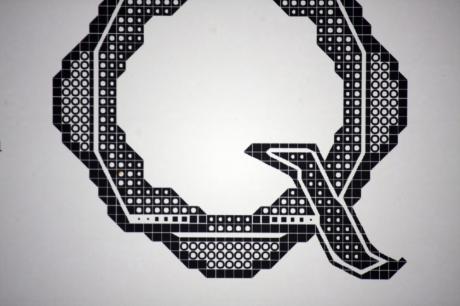 Not really, the brief has remained much the same. Over the last 2 years we introduced the option of a type specimen book alongside the poster option for a final outcome. The work has developed and improved over the years building on the strengths of previous year groups and the healthy competition of producing stronger work than the previous cohort of students.

FontStruct is used by schools and colleges throughout the world. Can you explain why the students at UWE produce such a consistently high standard of work? Maybe you have some tips for other educators?

Start with pen and paper. Research, research, research in as many and as vast subject areas as possible. Design on paper without the worry of how you will turn your design into a fontstruction. Use grid paper when first progressing your initial sketches into designs that will work with the modular system. Study the tiles and blocks, understand how they work on the grid system. Then and only then move onto Fontstruct and figure out how you can best stay true to your initial designs using the application. Once this has been achieved the typeface needs to be put through a number of iterations utilising feedback from staff, students, peers and the FontStruct community. 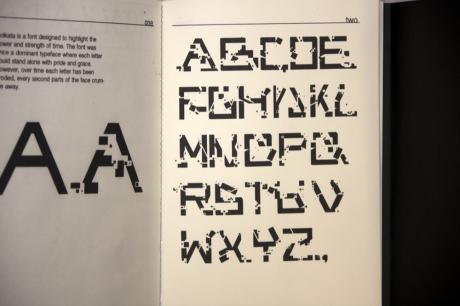 What’s the student feedback like for course modules which use FontStruct?

Students on the whole are really enthusiastic about using FontStruct. There is a real sense of achievement gained by using the program and a boost to their self confidence, especially when feedback is positive from the FontStruct community. There is often real surprise from some of them upon completion of the initial 6 week project – the fact that they have all created a new working typeface from scratch in such a short time and that other designers around the world are genuinely interested in and enthusiastic about their work.

What do you think are the advantages of using FontStruct in teaching typography and graphic design?

The simplicity of using the program is a definite plus. Students can quickly get a grasp of using FontStruct, which also effectively teaches them about the building blocks of typography and the elements of type design. Learning about the subject from books and admiring the work of others only goes so far in engaging students in what some still consider to be quite an esoteric strand of graphic design (type design). FontStruct really does help students take that initial step and rewards their ambition (for display types at least) in a way that some of the more industry standard type building programs can’t. 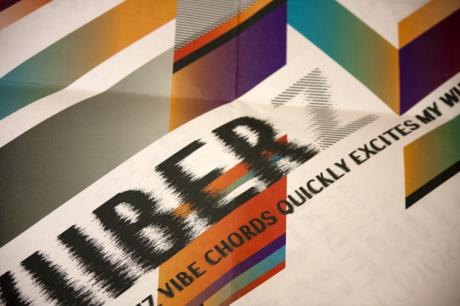 Is there any particular feature, absent from FontStruct, which you think might be useful for users in education?

Oh yes, if we could have some OpenType features. For instance where a number of different options could be design for each character and have some form of randomising code for output. Also some in-application kerning would be useful. 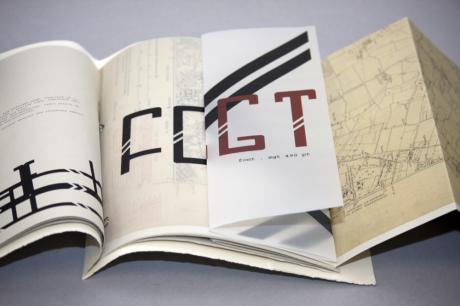 Thanks to all students and the course team on the “Communicating with Words” module at The University of the West of England, Bristol, UK for taking the time to give us this interview and for sharing your wonderful work on FontStruct.