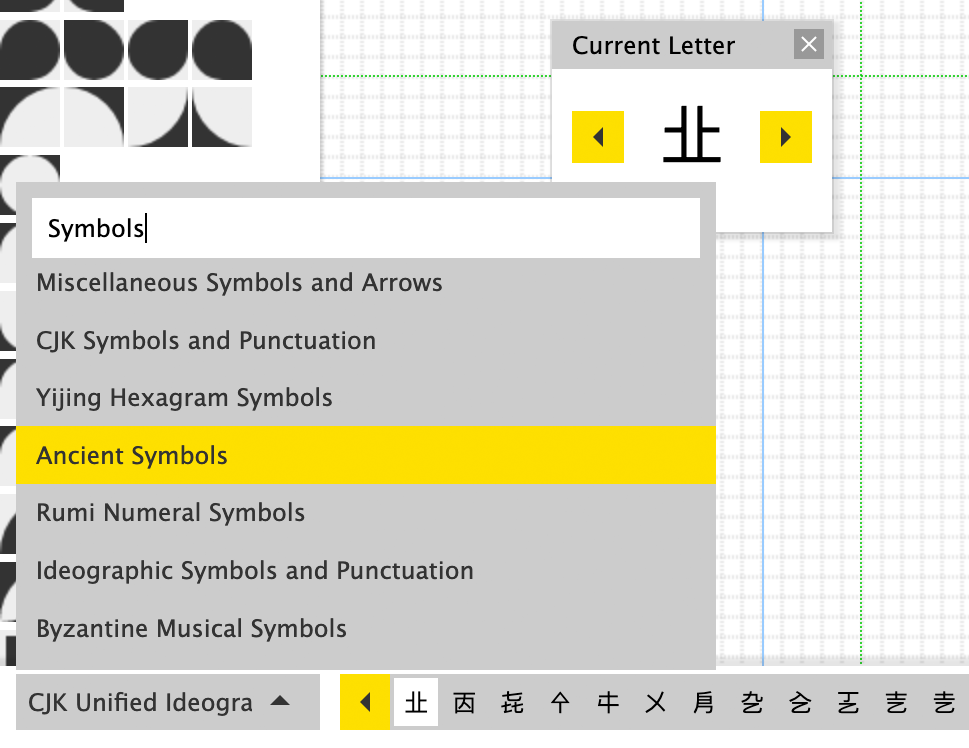 For those of you unfamiliar with the term, Unicode is a huge long list of all the letters and letter-like things which are used by all kinds of writing systems from all parts of the world. This comprehensive list is maintained by an international group of experts. Every letter (or letter-like thing) is assigned a code number, and these numbers are used to help identify letters inside computer fonts.

Before today, FontStruct supported only parts of Unicode, but now we’re finally providing access to all of the “code blocks” (i.e. all the letters) defined in the most recently released standard (Unicode 13). Now you could design a FontStruction containing as many as 143,859 letters*! I wouldn’t recommend that though. Once you get over about 10,000, you will find that the site and editor will start struggling.

The main reason for expanding the number of letters available on FontStruct is to allow designers to access and design a greater variety of scripts, in particular writing systems – such as Chinese scripts – which use a large number of characters, and also scripts, such as Sogdian or Old Sogdian for example, which we’ve simply overlooked until now. You can also now access the Emoji slots.

There’s still a long way to go in order to fully support the variety of scripts we’d like to see on FontStruct, but supporting Unicode is, I hope, a good start.

You will find all the new letters by selecting “Expert Mode” and then “Menu”, “Advanced”, “Unicode Letter Sets”: 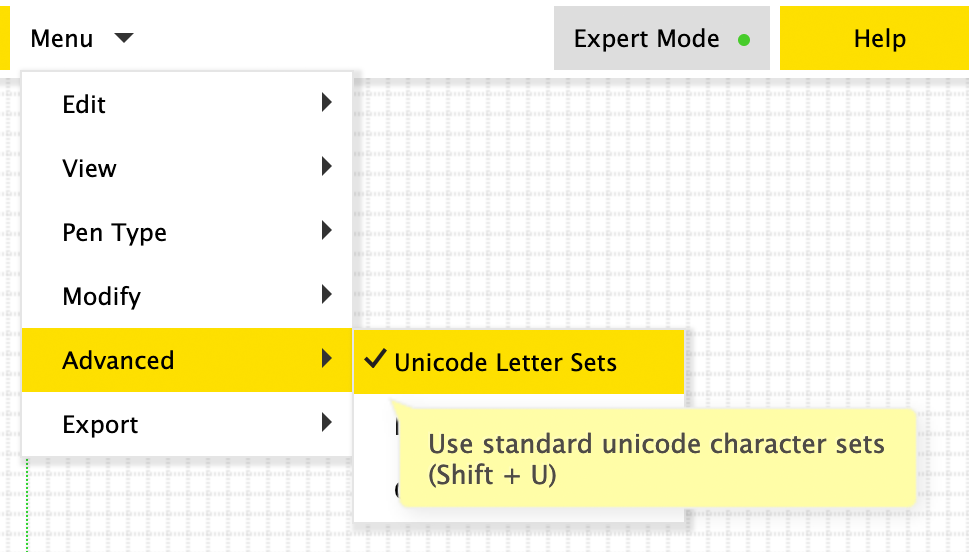 The letter-set select box in the bottom-left corner of the FontStructor has changed. There are many more options of course (360 letter sets), and also a handy new search box to quickly find what you are looking for (desktop only). Note that we broke up some of the huge code blocks, such as the CJK extensions, into smaller, numbered blocks. 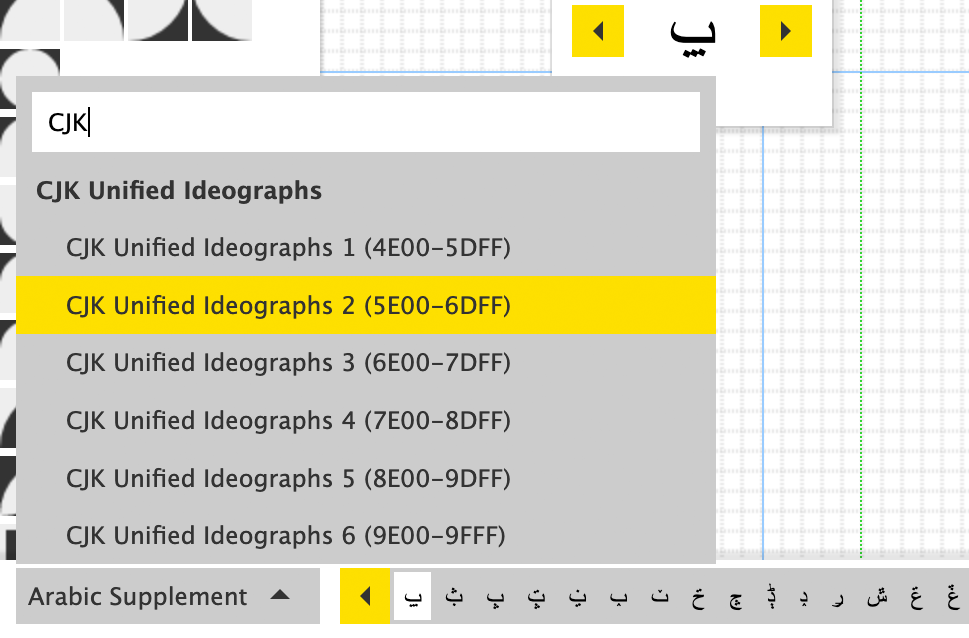 Full unicode support has been a very frequent request over the years, so it’s great to finally be able to deliver.

Thanks go, as ever, to our Patrons, and to our sponsors GlyphsApp (the world’s leading desktop type-design software) whose continuing support makes the development of features like this possible.

*As @BWM pointed out in the comments, there is a technical limit for TrueType fonts of 65,535 characters, so there’s certainly no point in going beyond that.