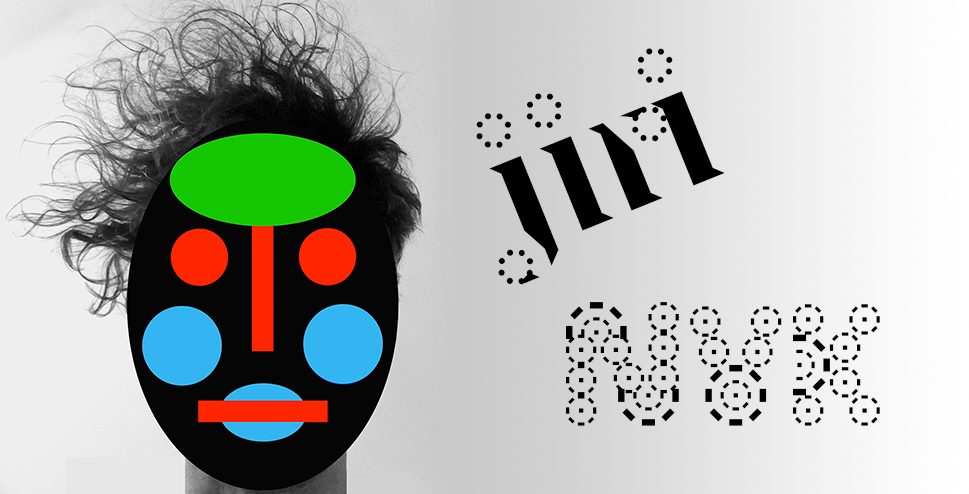 Jiri after a shot of pure homegrown blackcurrant juice, alongside bulbambulAN3630 and floriitutaBN50

Picking up the baton from Ata, who is taking a well-earned rest after an epic and insightful series of interviews, I thought I would try and find out more about one of FontStruct’s most enigmatic characters: Jiri Novak AKA jirinvk – the creator of multiple extensive series of highly idiosyncratic FontStructions.

Avowedly modular, graphically powerful, decorative and always playing at the fringes of the legible, Jiri’s designs are worked and re-worked through systematic variations determined by some elusive, cryptic logic. Is it possible to divine the nature of this logic? Can we discover its origins? Who is this Jiri Novak? We sent letters East, to Bohemia, in an effort to find out …

The following interview was conducted via email.

Where do you come from?

I was born in 1973 in Litomysl (Eastern Bohemia). Litomysl is a UNESCO heritage site due to the presence of a renaissance castle. The castle is extensively decorated with sgraffito — mostly in the form of envelope-like “letters” consisting of a uniform frame and unique central areas. There are approximately 8000 such sgraffito-letters covering the façade. Perhaps being exposed to this at an early age contributed to my mania for iterations with slight variations. 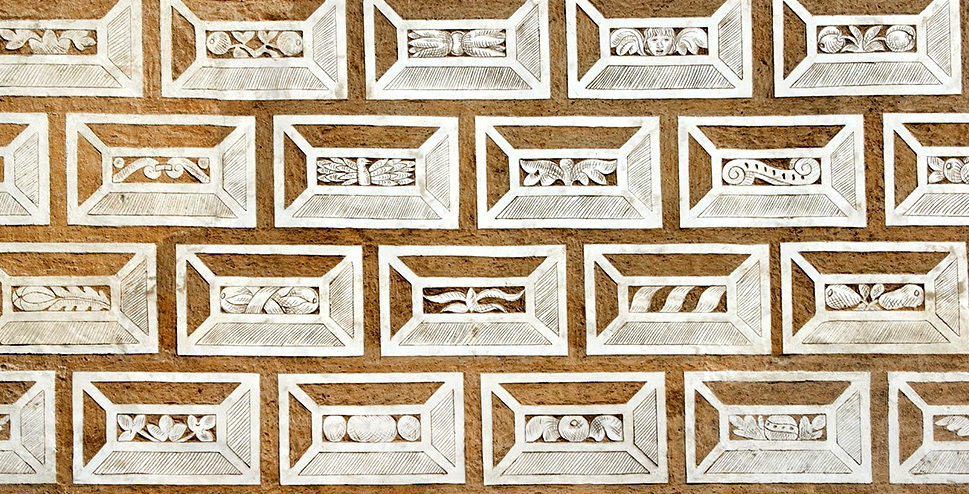 Where are you now?

I live in Prague now, but I inherited a small house where my grandparents used to live, in a village near my hometown, and so I regularly go there in my spare time.
In the countryside I have no internet. I can enjoy being disconnected and doing some gardening. I expect to spend my retirement there one day. So, basically I am split between (online, busy) Prague and (offline, lazy) East Bohemian countryside (I like contradictions). 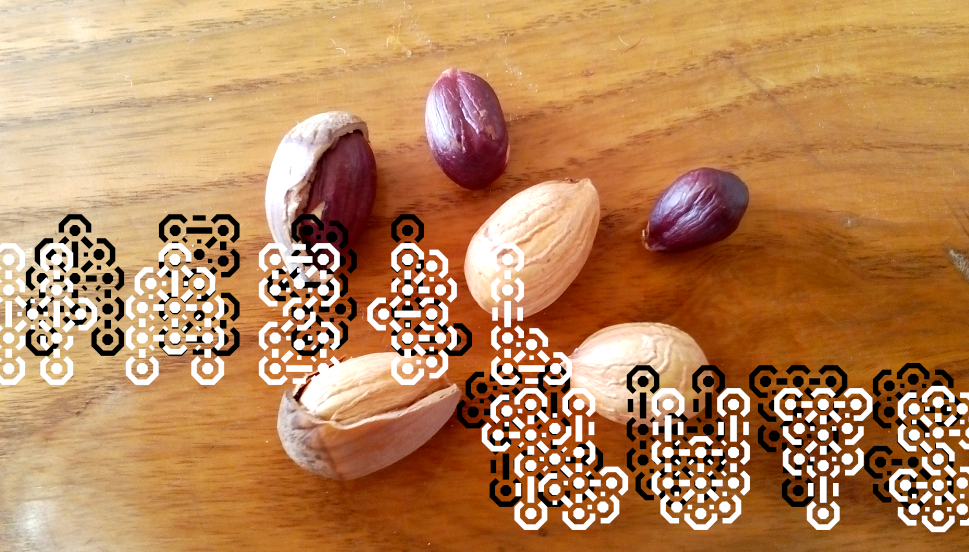 Your designs have architectural qualities. Where do they come from?

I studied architecture at the Technical University in Prague. I left after 3 years, without graduating.
There I was tutored by Alena Šrámková who died on the 10th March 2022 (link to forum discussion and documentaries). She was the person who had the greatest impact on me in those years).
I am still very interested in architecture but I have zero interest in making a living as an architect (and thus I don’t regret not graduating). Finding FontStruct and designing alphabets was a kind of substitute for abandoning designing houses. 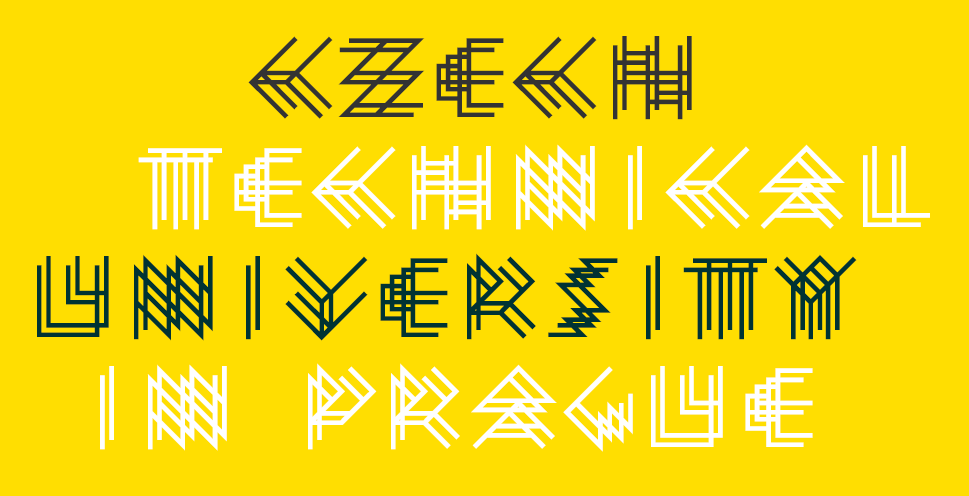 What do you do for a living?

After I terminated the phase of my education I had no permanent job for nearly a decade.
I embraced the life of an aimless drifter and was preoccupied with useless activities (e.g. making ornaments, which I am recreating on FontStruct at the moment).
After this irresponsible phase I settled in a menial job in the polygraphic industry (I was operating a folding machine — A machine that folds sheets of paper).
I did this for quite a long time.
At the moment I make my living by selling paints (Selling “colors” — i am quite a chromophiliac, so in a way i enjoy this dull commercial activity). 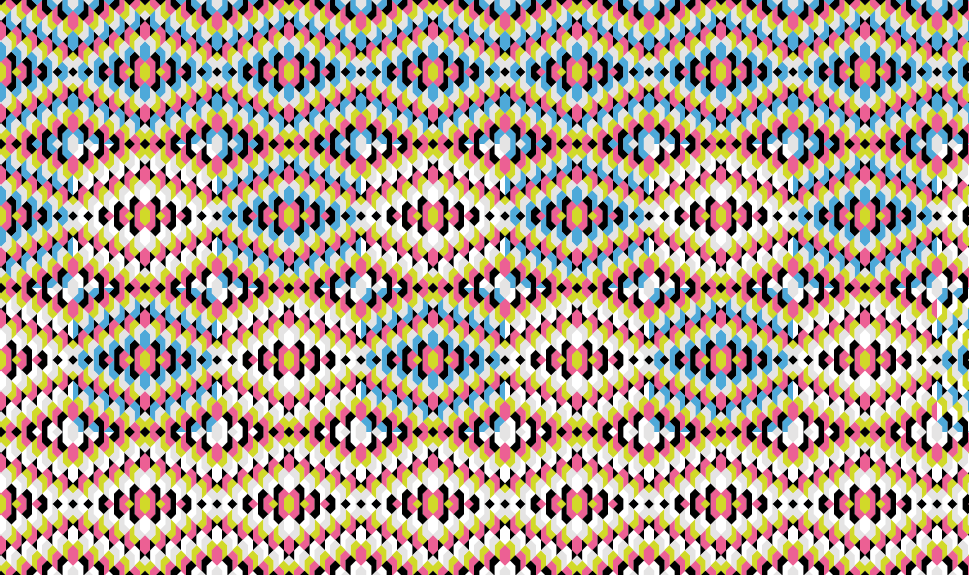 Chromophilia? You work with colour perhaps more than any other FS Patron …

If exposed to a complex combination of colors (be it a piece of colorist art, a colorful ornament, or colorful natural phenomena), it (usually) has a strong impact on me. For example, when I attended an exhibition of Raquib Shaw and saw his big format paintings, abundant with colors (nearly kitschy excess of color) I was completely out of my mind, was probably never closer to Stendhal Syndrom then, was almost mildly “tripping”.
Most of the people respond positively to colors (nothing unusual) — I can be (at times) jinxed/mesmerized.

Btw, while doing colorful ornaments on FontStruct I don’t really strive for a mesmerizing combination of colors.
In those ornaments, i use colors rather arbitrarily (color No.1, color No. 2., color No. 3, color No.4) — i.e. an ornament consisting of 4 colors, or of 3 colors, or of 5 colors, etc, etc.
I am doing just a template and expect that everyone will re-colorize those ornaments according to his/her likings.

Do you enjoy your work?

I try to strictly separate my passions and my occupation. I prefer to do as an occupation something that is not mentally engaging (Something I can do on autopilot — with not much mental endeavor) and spare my mental/creative powers for hobbies (I have plenty of hobbies).
I have zero interest in designing something for a client. I have zero interest in aiming at a larger target group and thus making the fruits of my creative efforts sellable — Thus I am absolutely avoiding “creative jobs” within the framework of capitalism.

Please tell us about your hobbies and interests, how they feed into your font design and FontStruct.

Besides making fonts on FontStruct, I am a passionate cinephile. I edit a film database “Kinometer” (conceived and started by my cinephile friend) and I’m a regular on the SCFZ cinephile forum. Occasionally I do English subtitles for Czech films. I guess watching a lot of experimental films has an impact on the way I create fonts (multiple-exposure techniques, the insertion of blank frames in structuralist films, etc.)
I am also a fervent visitor of art exhibitions (I am fond of art brut) and the collages of Jiří Kolář have had a substantial influence on some of my fonts (and the way I am cutting them into stripes, tearing them up, reassembling them, etc.) Kolář invented or helped to develop multiple new collage techniques – of confrontage, froissage, rollage, chiasmage etc. 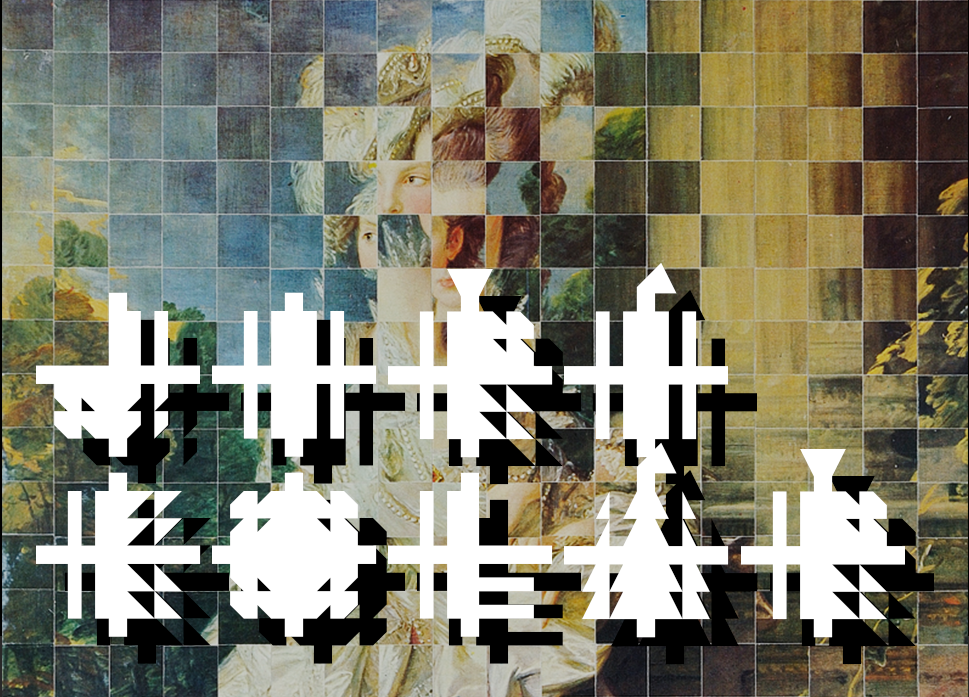 I am interested in literature. I actually even compiled a book (it is in Czech but I translated the contents into English). In cinema terms, it is a “found footage” (I found the scribbles of a certain lady — viz the noteworthy handwriting — arranged everything into chapters, writing some fragments myself to make the whole story smooth). I also have a great interest in asemic writing. I would love to make more fonts on the margin between readable and asemic. I wish my fonts to be readable but not with ease.

Crucial books related to my aesthetic views (and thus even making fonts) are The Philosophical Foundations Of Early German Romanticism (by Manfred Frank) and Incompleteness: The Proof and Paradox of Kurt Godel (by Rebecca Goldstein) … or anything about Kurt Godel.
– I guess all of this is me in nutshell :))

Tell us about your gardening practice.

I try to approach gardening (and also my other activities) with a great deal of irony, I would even say “romantic irony” (which is a part of “romantic aesthetics” which appeal to me).
I have written about blackcurrant and hazelnut harvests in my garden on the cinephile forum I mentioned before – these accounts are allusions to “Ogawa Productions” such as the Red Persimmons documentary. 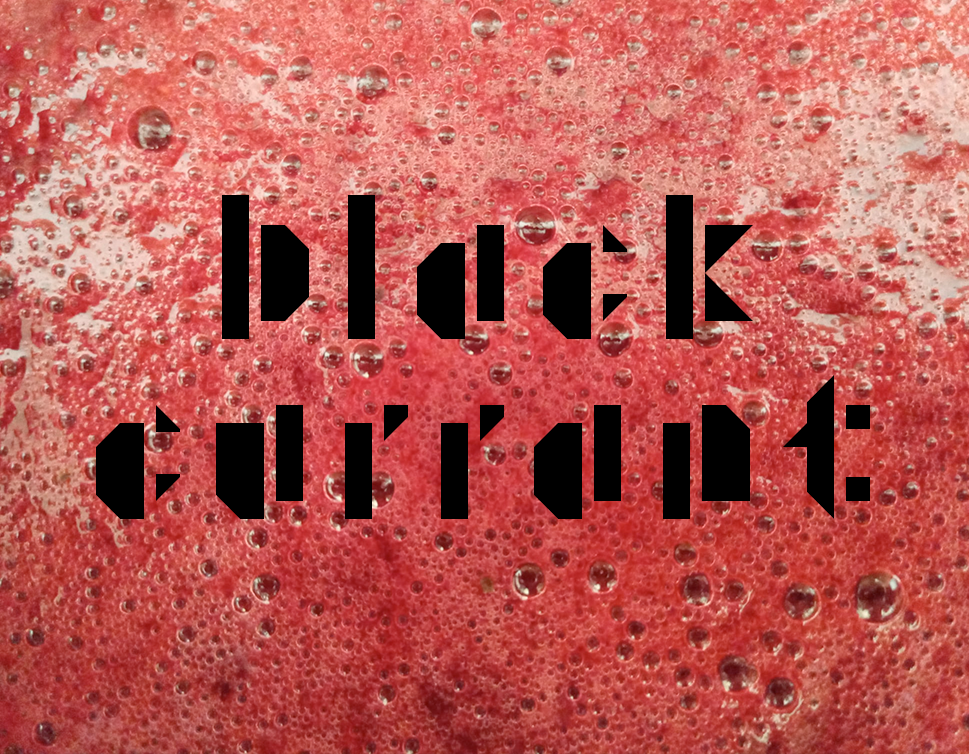 Are you involved in broader creative discourse outwith FontStruct?

I am not really a social animal. I would even say I have certain misanthropic leanings.

However, despite my mild misanthropy, there are of course some people whom I do take pleasure to communicate with.
In such a cases, I tend to chat a lot about films (among my dear ones, cinephiles prevail.)
I am also not completely out of architectural discourse (my nephew is an architect).
But I don’t know any type-designer in real-life, and know only one person who is working as a graphic designer (he occasionally uses some of my fonts in his projects).
My attitude to graphic design is highly ambivalent (almost dismissive) because I perceive it as closely related to marketing (which I despise).
My fonts are thus not rooted in the discourse (or needs) of the graphic designers’ community.
I make font families as if making herbarium, or as if filling frames of a film strip (and I am unconcerned whether any graphic designer will find my fonts useful).
This relates to another outcome of my mild misanthropy: I am strongly self-motivated.
Of course it’s pleasing when somebody likes what i do, but I don’t need positive feedback as a stimulus for further work.

Generally speaking, is your mind at peace or hyperactive?

Whenever I am supposed to choose “either A, or B” I feel that both A and B are valid/relevant.
My mind is very often very busy, but I am also able to switch off (turn on, tune in, drop out) and be at peace.
I am a man of contradictions (I cherish contradictions).
I also have to say that due to my mind being very often very busy I am hardly ever bored.
Even when I am within a situation that could be easily described as boring, being busy in my mind, I don’t feel bored.
On the other hand, in an overly stimulating situation, I can easily get irritated — because those excessive external stimuli might interfere with my bursting inner thoughts.
Thus I tend to avoid situations that might be generally perceived as exciting, and I tend to delight in situations that might be generally perceived as boring (from an external point of view).