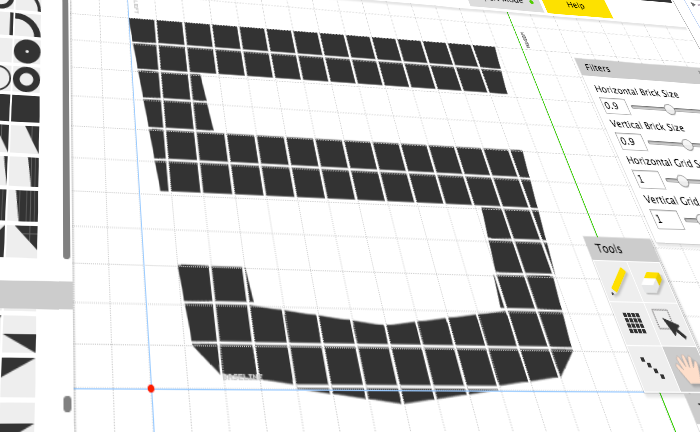 Today we’re very happy to announce the launch of a new, HTML5 version of our font editor, the FontStructor.

Superficially it’s very similar to the old one and we’ve retained all the simplicity and ease of use which are the hallmarks of FontStruct; but under the hood the new FontStructor uses standard HTML5 technology for the first time, and no longer relies on the Flash plugin.

This change will help us to continue to improve the editor and add new features in the future. It will also allow users to edit FontStructions on tablets, or even – for those of you with sharp eyes and very slender fingers – on smart phones, for the first time. Note that support for mobile devices is quite basic so far, but we hope to improve that in the coming months.

In this first release of the new FontStructor we’ve added a few small, but significant features.

In “Expert Mode” you can now make composites bricks from selections of up to 16 contiguous grid squares. This should allow designers to create more complex custom bricks.

The letter-width control has also been greatly refined. Instead of full grid square steps, you can now set the letter width in ⅛ grid square increments. 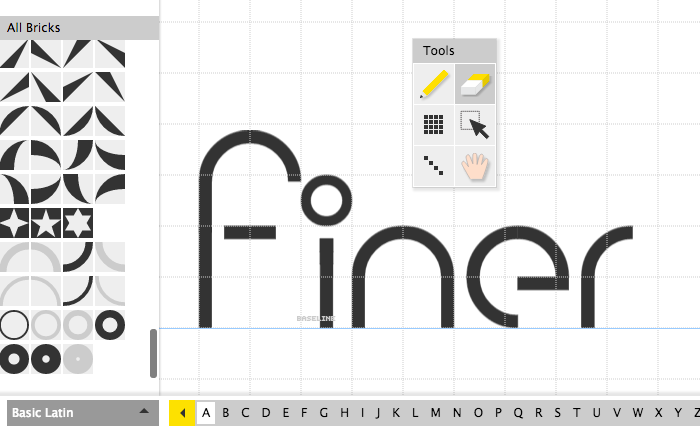 Finally we’ve added three new sets of bricks. There are 2 thinner versions of the quarter rings, AKA the macaroni bricks. The new sets have line widths of ⅛ and ⅟₁₆ grid squares. There’s also a new version of the ring shapes. The size of the holes inside the rings match the subdivisions of the grid. 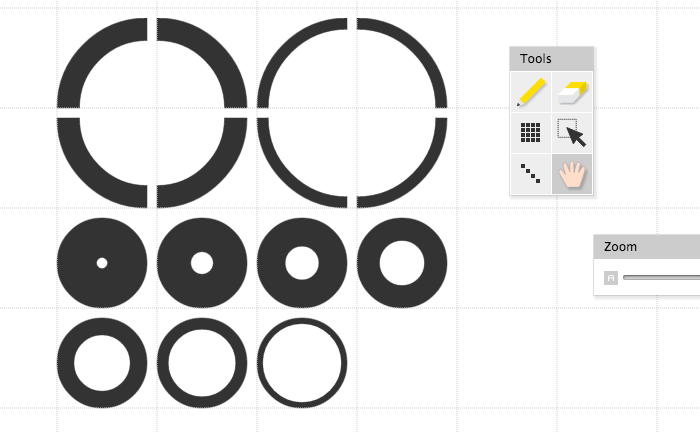 Many thanks to those who’ve helped to thoroughly test the new FontStructor, finding bugs and suggesting changes.

We’ve also taken the opportunity to overhaul some other parts of FontStruct.com. Again, most of these changes are technical and shouldn’t greatly effect how FontStruct.com works or looks but if you do come across any problems, please let us know.