Wow! That was amazing. I didn’t think it possible, but you have surpassed yourselves once again.

I’m sorry that it took an extra week to complete this blog post. One major difficulty was simply that there were so many competition entries worthy of recognition. Indeed, many entries merit a blog post all to themselves. I would encourage anyone reading this to browse all the entries directly because they simply cannot all be represented here.

Let’s have a look at a selection of the entries. You’ll find the prizewinners at the very end of the post, but everyone who entered is a champion. Well done! 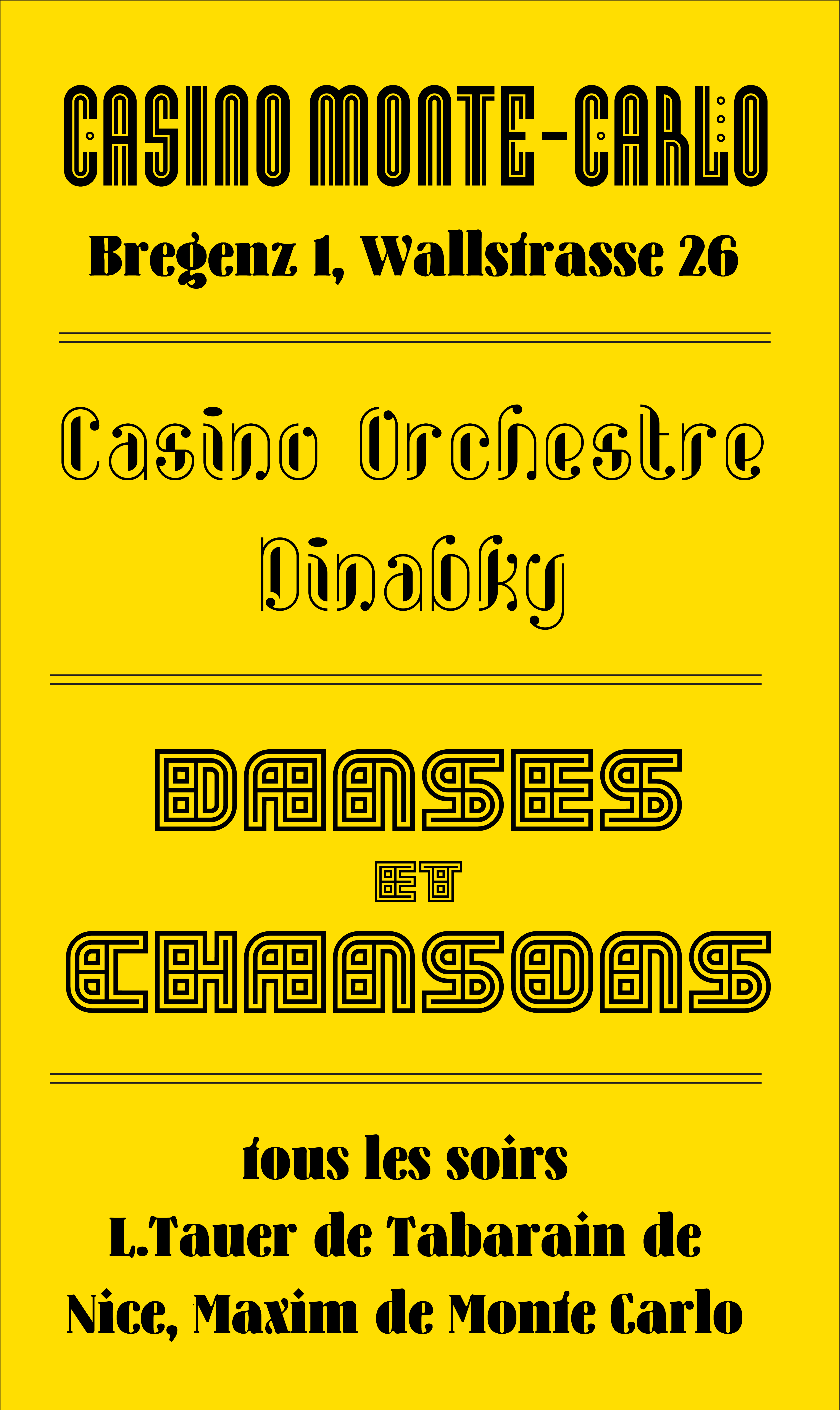 From top to bottom: Codarte by V. Sarela (Yautja), db Mangold by beate, twentysomething by four, KD Dekorat by architaraz.

– We start with four wonderful, intelligent designs, all of which were a delight to work with as installed fonts. I love the dot details in Codarte.

db Mangold leaves me speechless. I’m guessing the inspiration is Bernhard Antique but this seems to be a completely original and mature design that goes far beyond what I thought was possible with FontStruct. Amazing.

twentysomething is a lovely, light and playful thing which ended up being the FontStructor’s favourite this time around.

KD Dekorat with its maze-like panelling is a beautiful example of how diverse Deco typography can be. 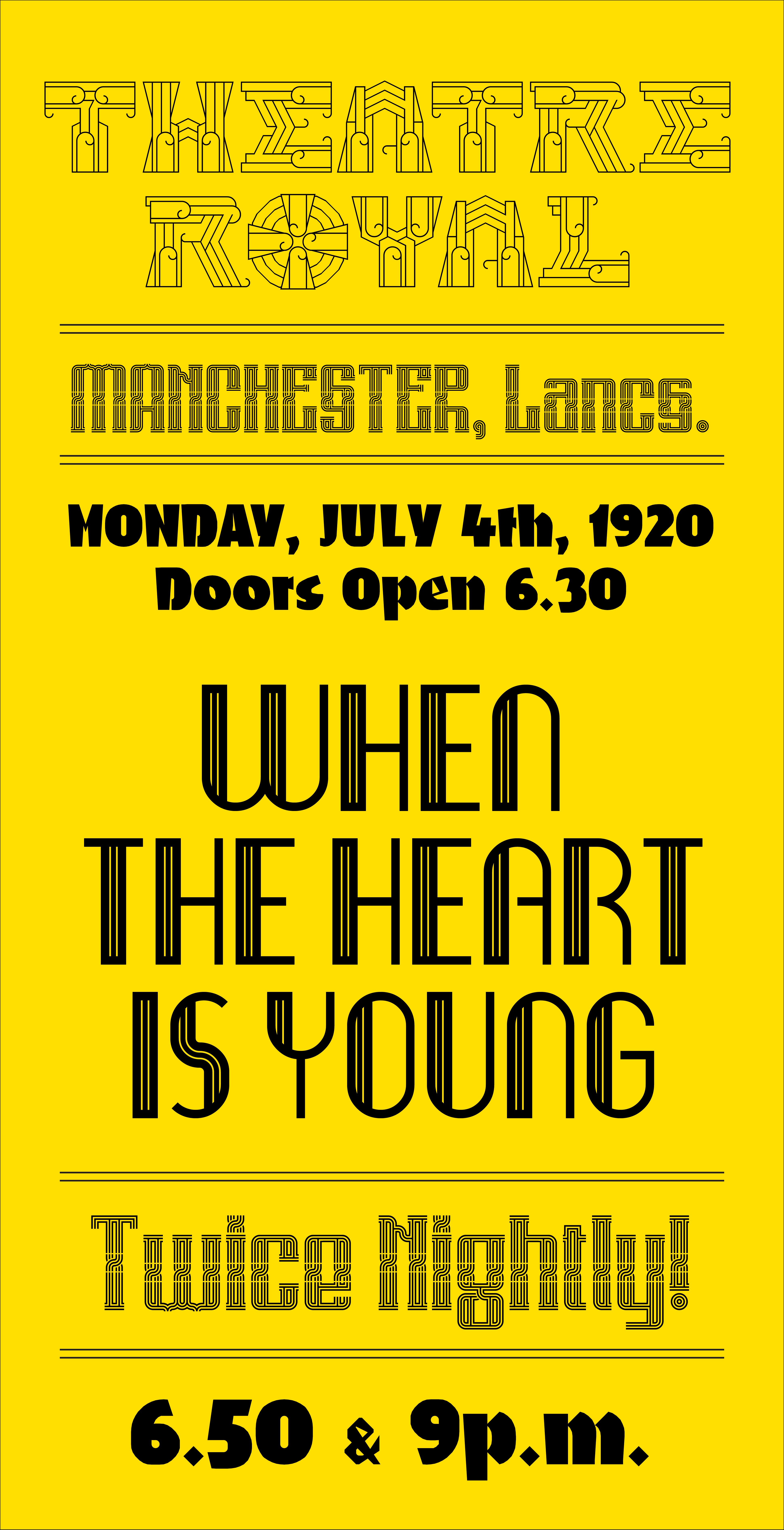 I’m not sure what G1 Decoreus was inspired by, I’d love to know, but it certainly feels true to the architectural and decorative spirit of the 1920s. Stout and elegant at the same time. I love it.

KD Jermaine is an intricate and pretty multilined deco typeface, but note also the clever XX pun running right through the alphabet.

db Ventica: Um. What? How? ?? Another virtuoso re-FontStruction of an original ’20s typeface, this time, I believe, Fanfare. Amazing!

KD Xxies is yet another fine Deco typeface from architaraz. Note that although I have only used the caps here, there is also a lower case. The inimitable jirinvk created an entire family of graphically strong bulbambuls for the competition, inspired by Gunta Stölzl (1897–1983), the Queen of Bauhaus. Note that the letters in the sample are rotated slightly from the original typeface.

TM RenMac, shown very much out of context here, cleverly takes the work of Charles Rennie Mackintosh, the Glaswegian Designer and Architect, and reinterprets it on the FontStruct grid. Thanks for this one miminum!

Caligari is a lovely, messy cutout design which inspired the sample as a whole, while Gilded Teatro forms another little family: A perfect articulation of deco style in two pixel fonts, both a pleasure to work with. 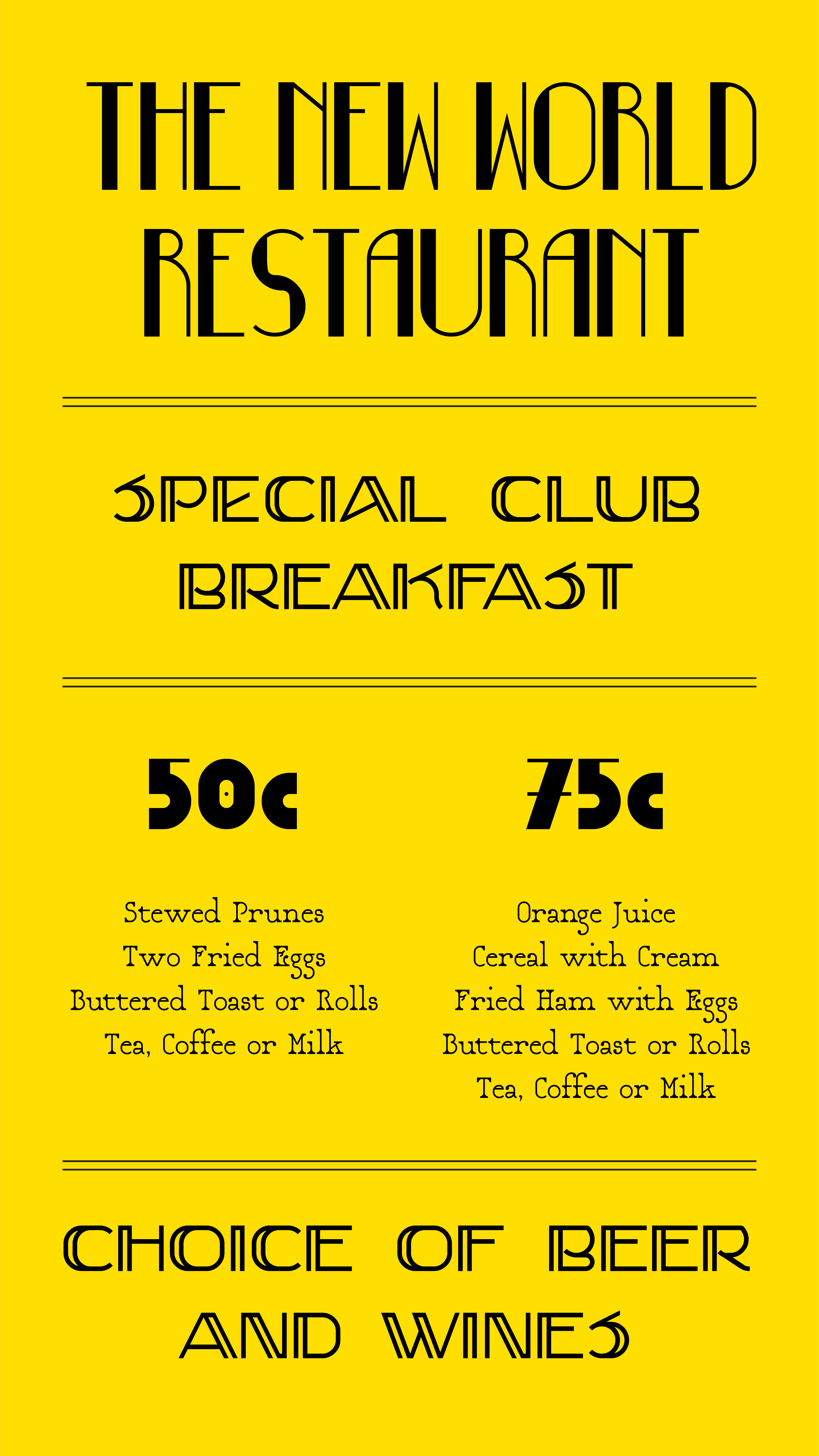 Deco all the way in the above image.

Noar2 is a classic, condensed, deco typeface with a small-caps lower case, full of subtle and characterful details.

G1 Broadwaif is simply beautiful. There are alternate caps in the lower case.

ztefan eYe/FS will appear again later in this post so I’ll skip that one for now.

Shooting Star is that FontStruction rarity: a legible typeface which can work for copy at medium and smallish sizes. Well done Echo Heo! 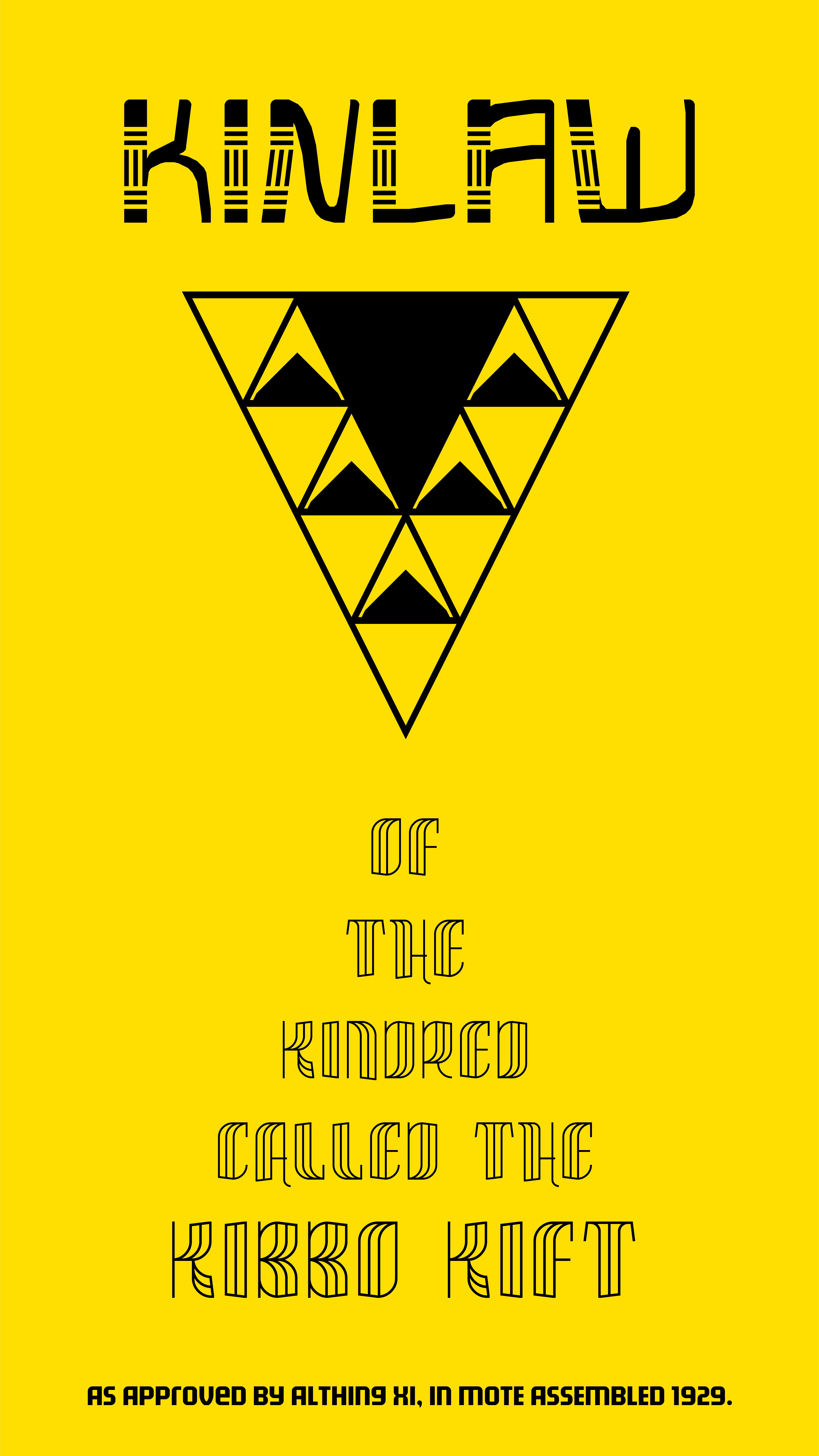 From top: KEM-base by nightpegasus, STRUCTURES by Oli Town (not a competition entry), briste by four, Moderto by V. Sarela (Yautja)

KEM Base is inspired by the work of designer Kem Weber. I enjoy the quirky asymmetry. For me the design is suggestive of early 20th century primitivism.

The beautiful leaf-like “briste” also has an organic character, belying the grid beneath, while right at the bottom you see the ambicase Moderto – a perfectly executed and very legible design inspired by Futura Display. 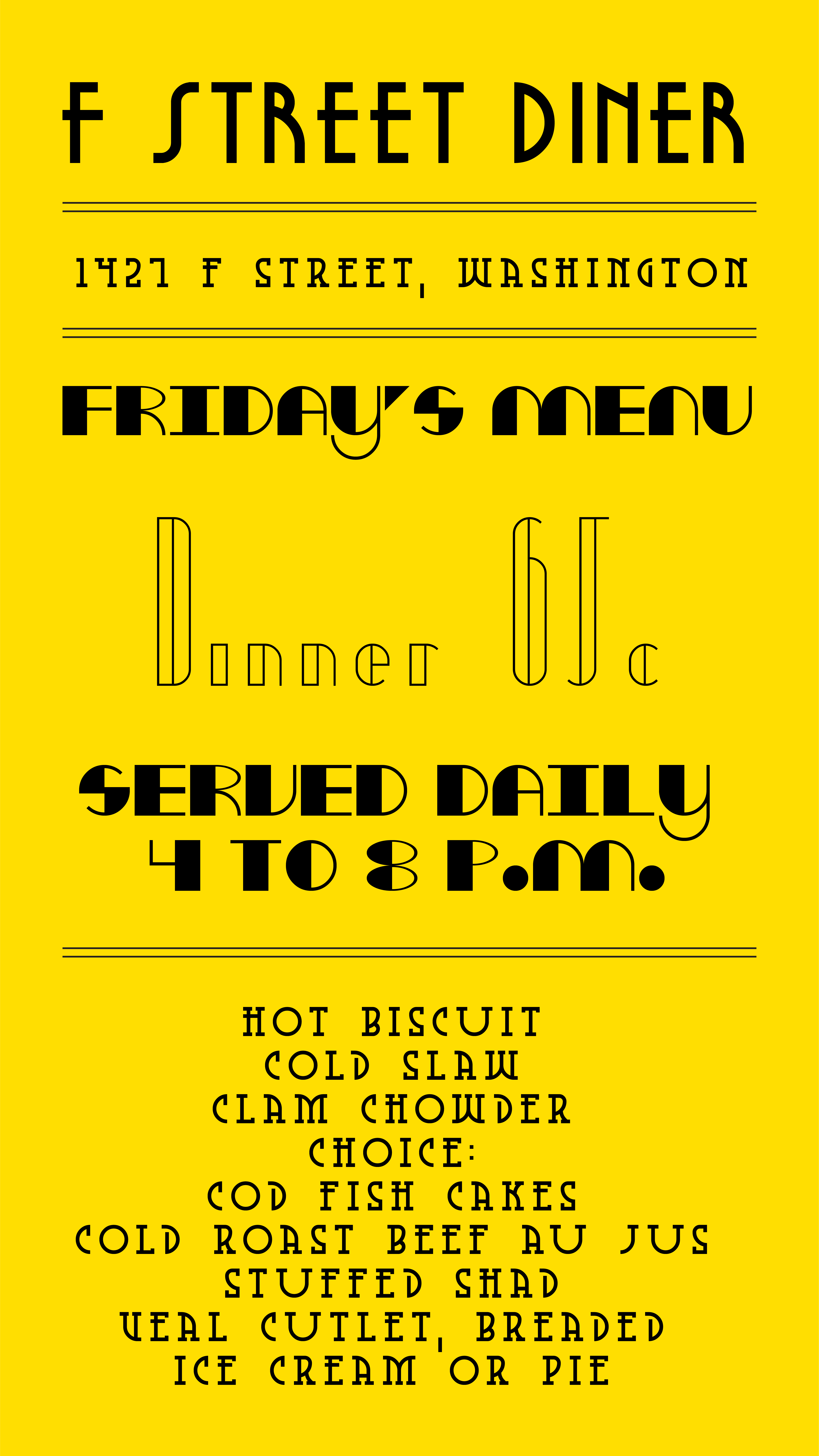 From Top: OshanDeco by Wataru (Wataru Aiso), ginevra’s typewriter by swash.buckler, (the third typeface in this sample sadly seems to have been deleted from FontStruct since I downloaded it. I think it’s great), strawberry by time.peace.

– A second breakfast decofest in the form of four diverse and perfectly-executed deco designs.

Some extravagant deco geometry in Baardusan, and then three FontStructions from elmoyenique. I really enjoyed the rich back story to his entries, connecting three art and design movements which marked the 1920s – Bauhaus, Deco and Contstructivism – with their three European capitals, and with three mysterious figures appearing in a series of period photos. When the novel comes out, I will read it. With Zandrine, as with beate’s entries we’re going back into typographic history, perhaps well beyond the 1920s in this case, to Rubens perhaps?

From top: tm The XX by minimum, Russian AG by Frodo7, Twenty-tmchty by m_cm, TwenTwenty by BWM, Frunze Stencil by Frodo7

tm The XX caught the eye of our guest judge, Nick Sherman:

“I love type that pushes the boundaries of how type should work or how it even can be rendered with current digital rendering technology. This typeface does both of those things. In many typical typographic contexts of size and resolution, all the little details of the design turn to mush (the fact that there are specific instructions on how to zoom to see it properly on the FontStruct site is just one such example). But if you have the bravery to set it at gigantic sizes, you can really see how wonderfully bonkers it is. Between the underlying patterns and the variants of each letter, there is also all kinds of potential for cool effects with color and overlaid glyphs.”

Russian AG is an impeccable Rodchenko-inspired slab-serif with cyrillic support.
Twenty-tmchty is a highly conceptual interpretation of the theme – a twenty-by-twenty grid and only twenty unique glyphs covering 66(?) different symbols. So for example, one glyph is used to represent l,u,v,L,U and V. Fascinating! 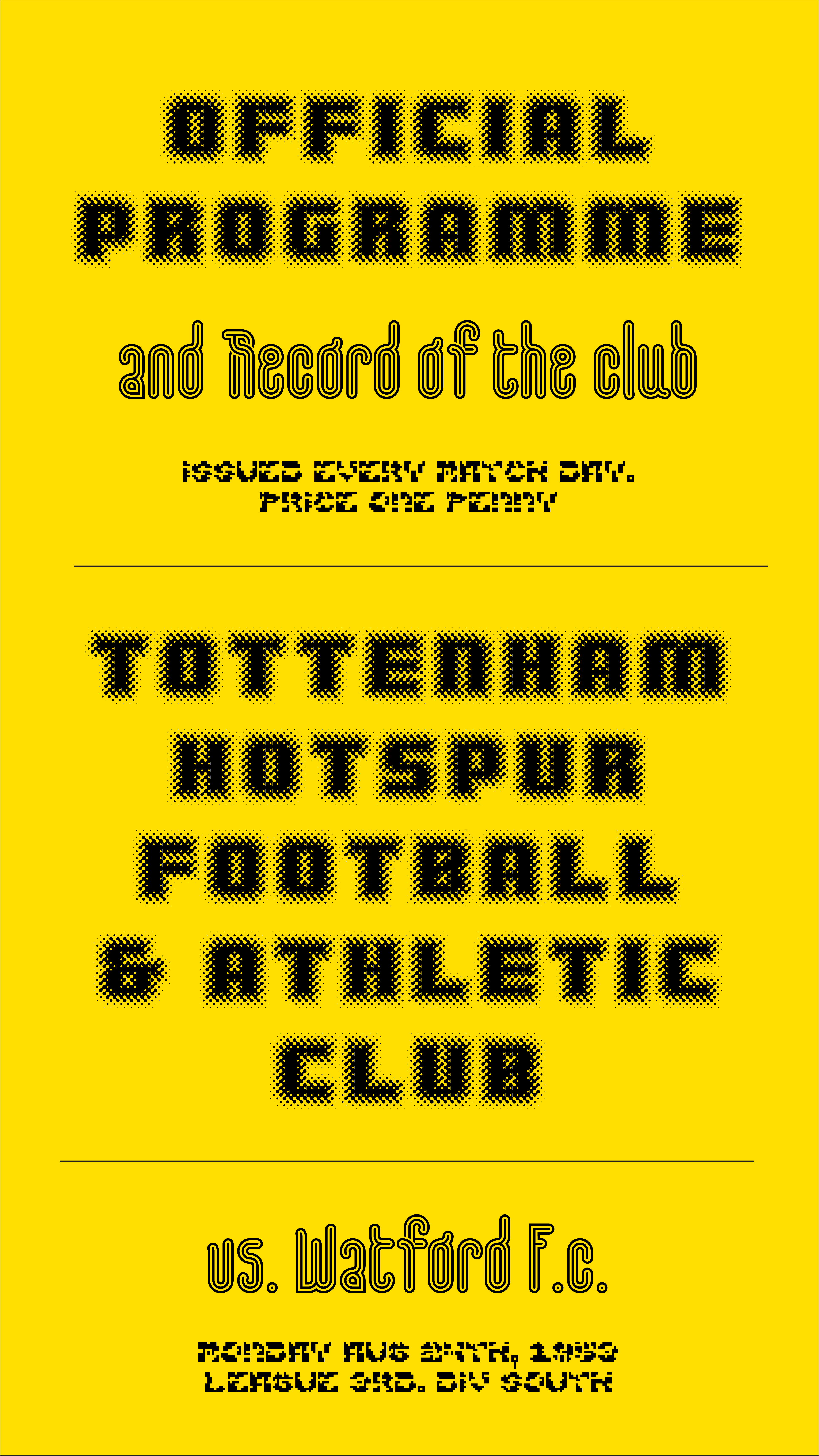 “This typeface occupies a spot among other halftone typefaces like Calypso, Tonal, and especially Process. I’ve always had a fondness for type that plays with halftones, and the fact that this one recreates the effect so effectively within the limitations of FontStruct is admirable. The play on the concept of 20/20 vision by creating a blurred effect is also a nice visual tie-in to the ‘twenties’ theme.”

He liked the “Mexico Olympics vibe” of db Questura and appreciated the full character set, and he also saw something special in NX Chaos:

“At first I was on the fence about including this typeface among the highlights of the ‘twenties’ competition. There were other designs that were executed with more skill, had more complete character support, etc. But I kept coming back to this one because it’s a rare embodiment of pure nihilism in the form of a typeface. It follows a style of glitchy digital graphics right to the brink of complete illegibility, as if to say: ‘Go to hell. I don’t even care if you can read this’. It’s like a font from a cyberpunk nightmare, and sometimes that’s the kind of energy you need when designing in the 2020s.”

The winners are G1 2020 Vision by geneus1, db Questura by beate and tm The XX by minimum, and, as the FontStructor’s choice, twentysomething by four. Congratulations! You will be contacted in the next few days about your prizes.

Thanks again to everyone who took part.

To our guest judge for this competition: Nick Sherman. Nick runs HEX a typographic company that makes fonts and websites. He’s a founder and designer of v-fonts.com and Fonts In Use, and art director of the Typographics design festival. Nick is a graduate of the Type@Cooper Extended Program in typeface design and has served on the Type Directors Club board of directors, the Adobe Typography Customer Advisory Board, and the Hamilton Wood Type & Printing Museum artistic board.

To our patrons – those FontStructors who support the ongoing development of the project and help make events like this competition possible.

To our generous sponsors Glyphs producers of the world’s leading desktop font editor for OSX.