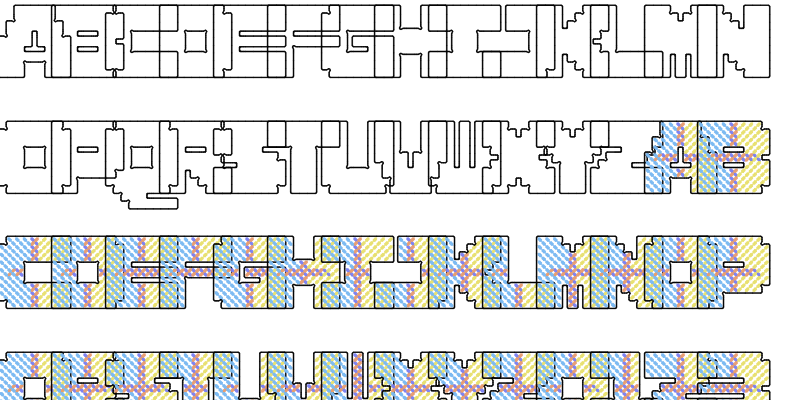 This should have been a minimum font, but minimum can't do color.

The idea was to simulate transparency. After trying out multiple color hatch patterns, it was apparent that it is not going to work. The earlier attempts are left in the font for you to judge yourself their efficacy.

The file is pretty heavy because of having so many anchor points (times 8 layers). Scrolling will be slow. Because the next letter overlapping the previous hides part of the black outline, just outline glyphs are there to stack two layers (colored below, outline above) to get the correct effect.

Is there some trick to make the downloaded font to work in color? The version I downloaded comes as *-svg.ttf. Aren't the color svg fonts in .otf format? Thus, no sample.

Greart! I'm with Goatmeal, and some of your first attempts are very very very interestings! PS: Some extra bricks at the A right side. 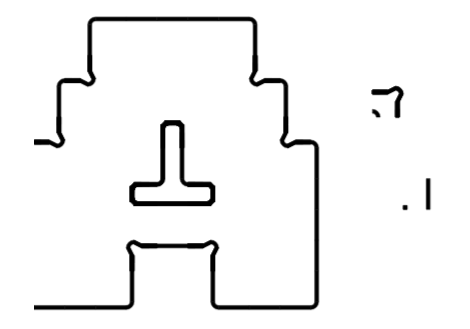 this is a very cool font!

This is a pretty cool concept done in FontStruct. Too bad I can't download the font without it being black and white.

@Goatmeal: Thanks. The patterns emerged as trying to find a solution to the transparency problem.

@Elmoyenique: They ended up being interesting. The extra brick were there because it is nice to have the My Bricks area organized. Sometimes this results in creating more custom bricks than needed. It just makes it easier to find the needed brick. The extra bricks have now been deleted and and the remaining bricks reorganized.

@meek: Thank you for the honor.

@BMW: Yeah, I don't know what's going on with the color font. Perhaps Rob can help.

@samrafi07: I don't know what that means. Thanks, I guess. 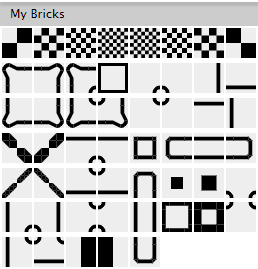 Verry nice and interresting font. I can't stop playing with the letterspacing