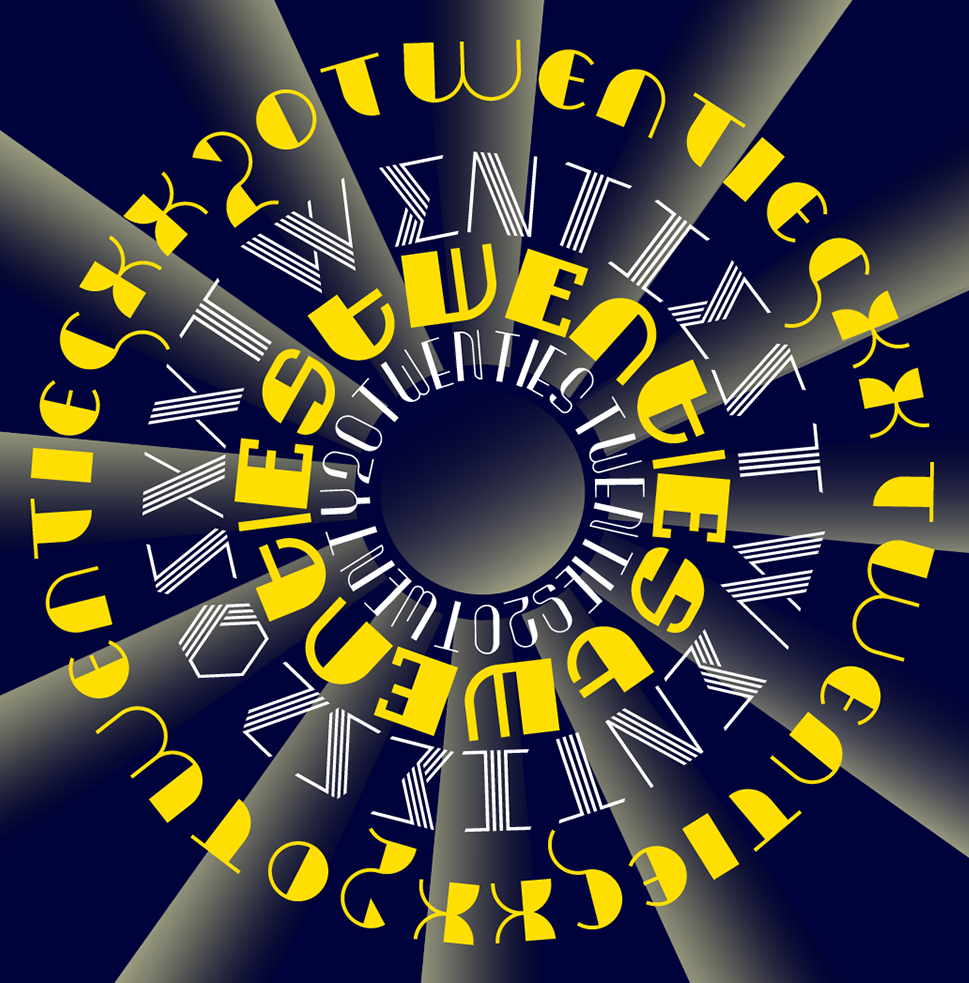 It’s been a while, too long, since we last raised the gates to unleash FontStructor versus FontStructor in mortal combat.

It’s also been a while since we had a competition, so

Let the bricks be levied!
Let the grid be burnished bright and the curtains drawn!

We would like you to build one or more FontStructions which are somehow connected to our competition theme.

The theme for this competition is “Twenties” (thank you beate!). We chose it from among many great suggestions, firstly because it’s suggestive of an exciting era in typography, but also because it can be interpreted in a much broader and abstract fashion.

So please interpret the theme as loosely as you wish – it’s there only to inspire, not to confine.

– You might well be inspired by the Art Deco and modernist typography of the 1920s, but you might also choose to work on a 20×20 grid, or you could look to any aspect of our own peculiar decade for inspiration. You could turn your thoughts to the 1820s, the 1720s, or even the first XXs CE.

So, the image at the top of this post is there only for decoration. It does not indicate any expectations or a given direction. You won’t be judged on how “twenties-ish ” your design is.

If you’re really struggling for ideas, you could explore some of our curated Sets, such as “Bauhaus Inspired”, or “Art Deco”.

Judging and announcing the winners

*UPDATE: We’re delighted to confirm Nick Sherman as our guest judge for this competition. Nick runs HEX a typographic company that makes fonts and websites. He’s a founder and designer of v-fonts.com and Fonts In Use, and art director of the Typographics design festival. Nick is a graduate of the Type@Cooper Extended Program in typeface design and has served on the Type Directors Club board of directors, the Adobe Typography Customer Advisory Board, and the Hamilton Wood Type & Printing Museum artistic board.

Each winner can choose a t-shirt printed with a FontStruction glyph of their choice.

The valid entry with the highest number of legitimate favourites (yes we check) at 11pm PST on 16th April 2021 will be one of the three prizewinners.

If you have questions just add them as comments to this post.

May the best FontStruction win.

FontStructions in the image at the top, from innermost to outermost: Cabaret by blu., Half Deco by Wataru Aiso, fs When We Were Young by thalamic and Folletto AllaModa by blu.

FontStruct would like to heartily thank our principal sponsor: Glyphs and our many FS Patrons for supporting FontStruct.