Friends, I'm asking for help! Which "R" do you prefer? The one with the straight, or curved leg? I'm split, because personally I much prefer the straight leg, but curved seems more consistent with the rest.

The term "sidereal" (/saɪˈdɪəriəl/) refers to a measurement of time based on the position of stars.

Industrial, geometric, display, extended, modern, uniform weight. Based on a 2-brick tall grid. Inspired by Microgramma/Eurostile and the Terminator logotype.

"Prototype" means that this is not the final verison. In this case, FontStruct has been used as a fantastic preliminary design tool. But due to its limitations, the font will have to be reworked. Not by much - only the ⅝ roundings will be made circular in a traditional font editor, I'll be introducing optical improvements, and real kerning will also be implemented.

FontStruct's kerning tool is extremely rudimentary (understandable), and honestly, because of that, I left the kerning in a really messy state, it's kind of beyond repair at this point, as I don't really know what's what anymore. Oh, and also - due to limitations of the nudge tool, the ampersant (&) is offset to the right by half a brick, I tried to fix it with kerning as well, and it kinda works, but that will be fixed in the final version, outside FontStruct. 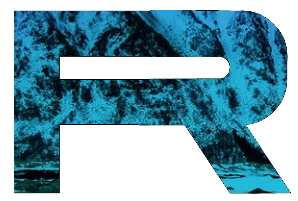 WOW! What a great font! I love the sample too! The only thing that stands out to me is that the line thicknesses are a bit wrong on diagonals. But FontStruct is terrible at that, so there’s probably not much that you can do.

I prefer the straight “R”, but I feel like the curved one fits better in the font.

Thanks guys, I went with the straight leg. Thank you TH3 C0N MAN, diagonals are actually supposed to be thicker, because there is a little bit of contrast in the final version, it's not meant to be 100% linear.

Look at this fancy stuff by the way. I always liked GIFs if you couldn't tell.

Woooow! How did you do that?! Is that all generated from the one font?

The first sample already left me speechless, but this GIF is simply incredible. How did you do both? BTW, curiously I have a font called zidereal.

@THE_C0N_MAN: Sort of. Well, "generated" is not really the word I'd use, there was quite a bit of manual work involved. I used the trial version of FontLab 7. It supports font variations, basically morphing/interpolation between contour shapes found in different masters of a single font family. Masters are created, or at least corrected or polished manually, but need to all have matching vector "topology", for the lack of a better word. And the software can export fully variable fonts instead of dozens of variants, so that the user can fine-tune every parameter (such as weight, width, slant or absolutely anything) to their liking, or even animate it like I did in CSS. Variable fonts are kind of a new thing, Photoshop just recently added support for them. I used this method to convert from variable TTF to variable WOFF2 for web use, although if you're on Windows then you need to use WSL. If you're on a Mac, then Glyphs is probably a more straightforward experience altogether.

It's not really that difficult to create a variable font from a TTF generated by FontStruct. All it usually needs is some clean up of redundant vertices and manual adjustment to create the masters. In case of faux beziers, I'd recommend turning them into smooth curves in the software and simplifying them. The more parameters ("axes") you want, the more complicated the process will be, as you will need multiple masters for each combination of two target variations per axis.

@elmoyenique: Thank you, well, I did the animation as explained above, I made a quick website where I animated the variable properties with CSS @keyframes, recorded my screen and converted to GIF ;). The first one was made with Cinema 4D and Octane. Oh and the final font will have a different name, this one is sort of associated with astrology, and I don't like that.

Great! I’ll have to try that sometime. Nice to find a fellow C.S.S. enthusiast.

I noticed that "¿" is facing the wrong way…