What a wonderful competition.

Yet again the FontStruct community has demonstrated its unbounded creativity in interpreting a difficult theme in diverse and original ways. I would encourage everyone to have a close look at each of the entries, many of which really only reveal their conceptual secrets and precious details upon closer examination.

While the winners are doubtlessly worthy ones, there could easily have been many, many more, so don’t be too downhearted if you didn’t win, and please pity the judges their impossible task.

Before we announce the winners,

A number of designers decided to explore reversal in the sense of symmetry. ben17’s reflection for example (above), which despite the high concept manages to be legible and strikingly attractive, or architaraz’s similarly practical and well-formed AT Imago Reversed which is also an ingenious mirroring stencil: 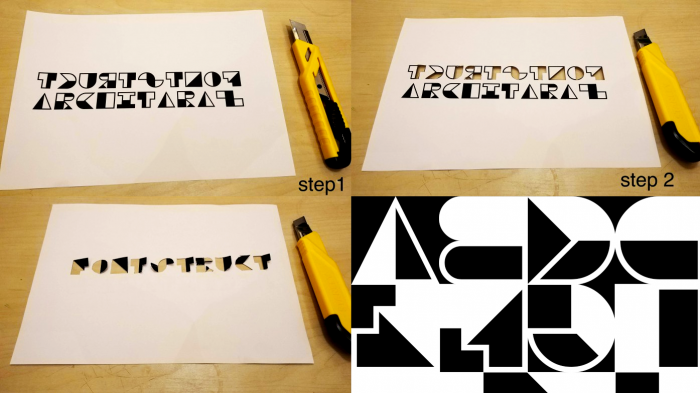 Also playing with symmetry and continuing a distinctive FontStruct tradition of esoteric, decorative glyph sets is “Charm Spells” by Aeolien: Every glyph a mystery, like ancient lines scratched in the desert:

“tm up dn” by thalamic is an ingenious attempt to build a usable letter set by rotating or flipping other glyphs – both a crazy catalogue of intentional mistakes, and a clever way to explore new forms:

geneus1 gave us, as so often before, several strong and original entries, including the intricately woven G1 Trushae. Chainmail? alien circuitry? noodles? I’m not sure which it reminds me of more, but everyone is invited to lose themselves in the artistry:

With “SbB Codebreaker”, Sketchbook B demonstrates that it’s possible to execute an original concept using only the simplest of materials – the pixel brick. It’s a strange and very technical FontStruction but as the designer himself notes, it has a pleasing and distinctive texture:

There were so many other great entries, equally deserving of mention, but at some point we must move on to …

The FontStructor’s Favourite was AT Esrever by architaraz. A clear and clever concept, perfectly executed and the favourite of our community:

A favourite of both judges was the cleverly named counter culture by four which opens an intriguing orthographic window on negative space. The dot-screen shading is a lovely detail.

zelbod eYe/FS by elmoyenique is a good example of a FontStruction which doesn’t reveal its full quality at the standard sizes used to display it in the Gallery and elsewhere on FontStruct.
zelbod has to be seen at a large point size in order for the unique folding concept and fine shading pattern to reveal their beauty: 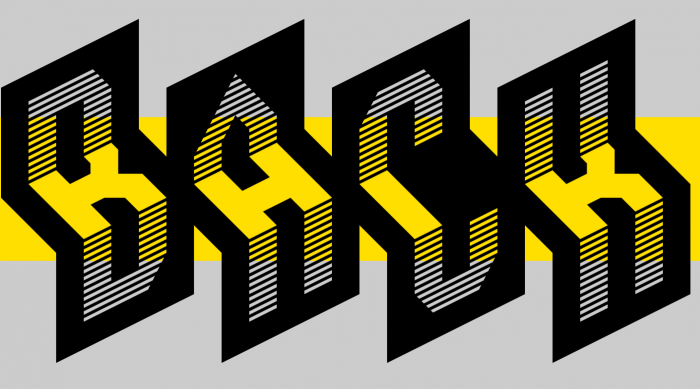 Finally, I forgot, again, to invite beate to join the judging panel for this competition, and so, with three more spectacular entries, a prize is once more heading in her direction. We chose the elegantly carved db Jojo as our favourite:

Congratulations to each of the prizewinners; you will be contacted regarding your prizes shortly.

Congratulations also to EVERYONE who participated. It’s truly a great pleasure to see all your work appearing and growing on the site.

To our guest judge, Stephen Coles of LetterForm Archive, Fonts In Use, Typographica, and on fortunate occasions such as this, FontStruct.

Now it’s time to wipe off our trowels and return to our hods. There are bricks to be laid.