FontStructions from HBK Braunschweig at the Bauhaus

FontStruct continues to be used to introduce students to the process of typographic creation in schools, colleges and universities all over the world.

This summer, the Bauhaus Archive in Berlin is hosting the exhibition ‘ON-TYPE: Texts on Typography’. For the supporting programme, Bernard Stein and Florian Hardwig organized a special event about teaching type design. They invited three type designers to present their respective approach to teaching. On July 24th, Martina Flor, Martin Wenzel and Dan Reynolds talked about their preferred methods and tools. 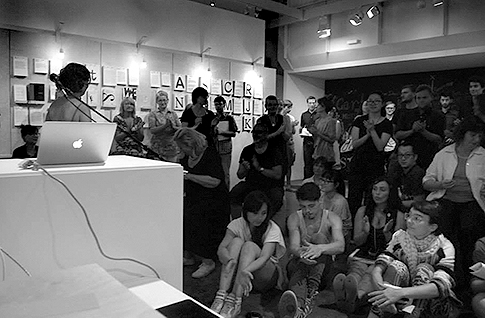 As an interlude, Florian Hardwig showed student work created at HBK Braunschweig. Florian has been offering FontStruct workshops for several years now, as part of his introductory typography course. “What I like most about FontStruct is that beginners can quickly go through all relevant steps of font creation, without getting lost in details. On one hand, trying their own hands at it teaches the students more respect for typefaces and their designers. On the other, it lowers the barriers to entry into type design, when they realize that it’s not some magic, and that they can make their own font within hours.” 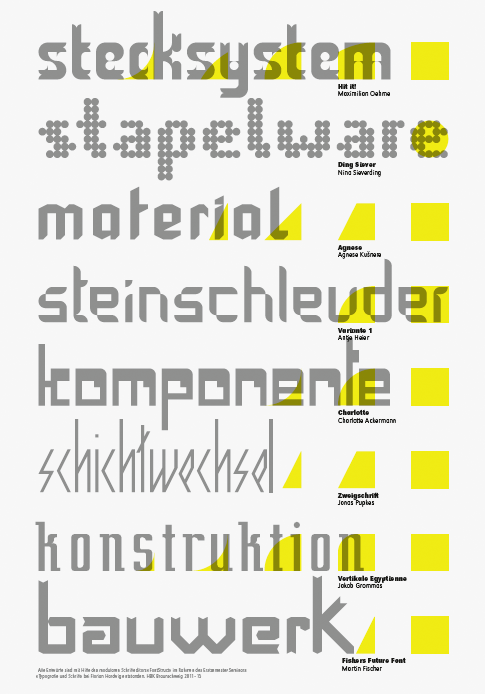 Thanks to Florian and his students for sharing their work with us.

P.S.: ON–TYPE is on display until August 11th. If you happen to be in Berlin, grab your last chance to see it this weekend!