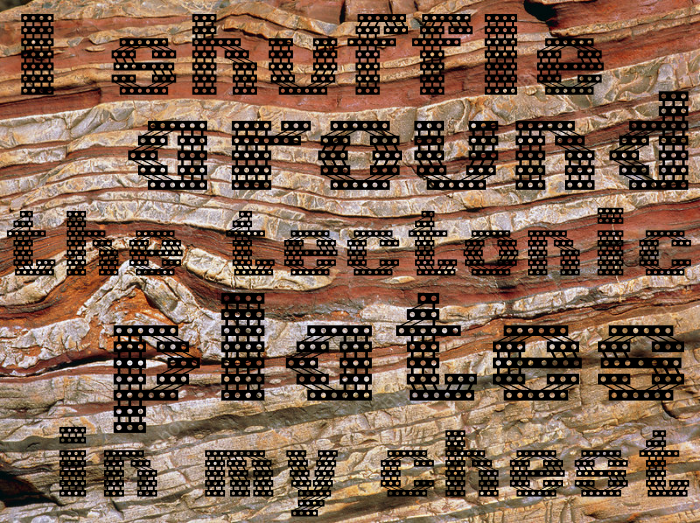 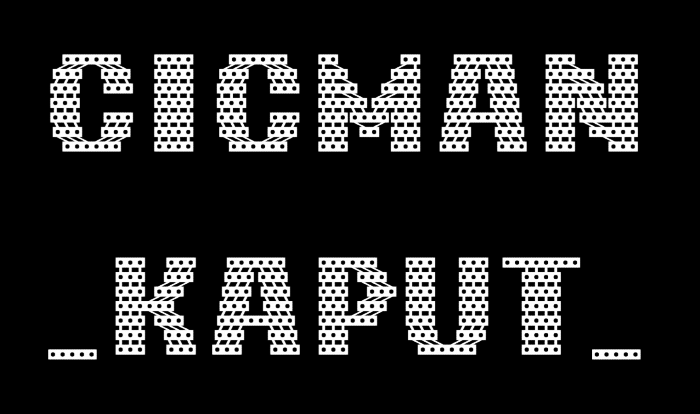 Don't shuffle the plates too much, your chest might end up kaput !!

Nice font btw, reminds me of the typographic prints and sketches by Jurriaan Schrofer.

One tiny bit of criticism I do have (although not a desperately needed one) but, would be '4'
looking at the combined character set I can notice you gave quite some creative thinkering about the  implementation of at least some negative white space to each of the glyphs, since all of them have included some sort of counter in one way or another.
And right now, 4 kind of feels like the one single glyph that has sort of this clogged-up feeling to it in the absence of having slightly more opened up counter as well, reflecting the other glyphs slightly better. The way it is looking right now, to me, actually suggests that it is resembling a filled contour of the glyph.

But this is just the icing on the cake ofcourse, and it would definitely not hurt leaving it just as is.

mhm, you are actually right! (deleting a few bricks...)

thanks for pointing it out!!

Yeah, thats it, now it reflects the style of the other characters, perfect!