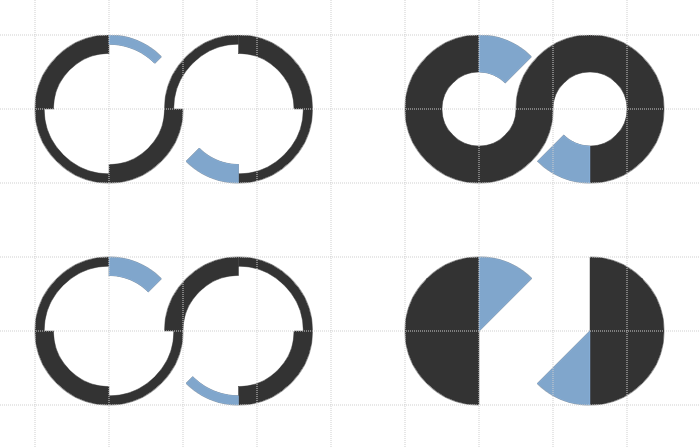 They are half-arc shapes in three thicknesses to match the existing arc or “macaroni” bricks, plus the so-called “pizza-slice” brick. Thanks to everyone who proposed and argued for these additions.

Unlike other bricks we decided to include only a single orientation, rather than the usual set of four rotated variants.