My first attempt at the Kayah Li script used to write Kayah Li spoken in Burma/Myanmar and also in Thailand. It was created by Htae Bu Phae in 1962. I based my design on the relatively blocky font used over on Omniglot. I'm not that happy about the result though. Letters were made on a 9×11 grid which allowed me to make vertical lines thicker than horizontal. It makes for very blocky letters though. I was hoping to create something similar to my Tai Le font but the letters simply didn't lend themselves to the same level of fluidity.

Kayah Li was added to the Unicode standard in version 5.1 in 2008. This font however uses an ad-hoc mapping to Ascii characters. The only real oddity are the tone markers mapped to 'f', 'j' and 'q'.

The script is a true alphabet with all vowels written out. There are however only four vowel letters: ‹a›, ‹oe›, ‹i› and ‹oo›. The rest are written as ‹a› plus a diacritic.

The text sample is taken from the 2006 Unicode proposal by Michael Everson. It's from a folk tale know as "The Tortoise and the Monkey". 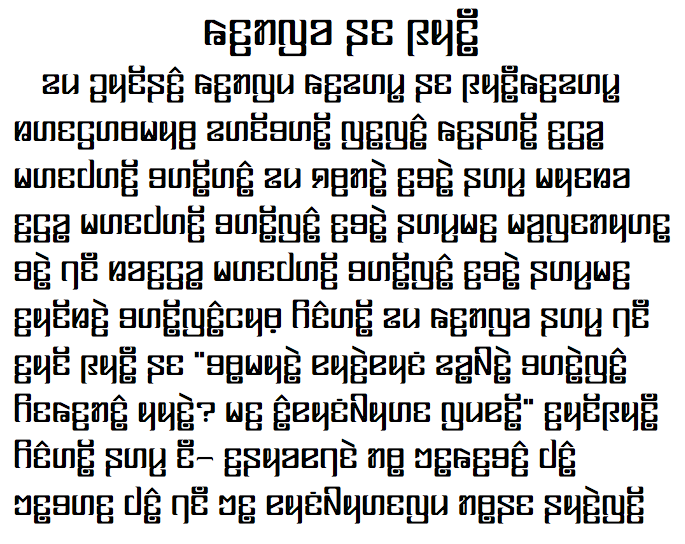