Another recap in the ever growing series of attempts to re-create some of the works from late great dutch graphic designer "Jurriaan Schrofer" (15 april 1926 – 1 juli 1990).

This time I revisited the letters taken from one of his sketches called "Alphabet for cutout letters-c. 1985" and completed it with numerals and some additional punctuations!

The only real differences compared to the original sketch are heavier stroke weight and some letter parts/shapes that were drawn in the original were left out from the recap since they are of no use in a typeface!

As usual I completed the alphabet with numerals and some additional punctuations.

Original sketch as was designed by Jurriaan Schrofer. 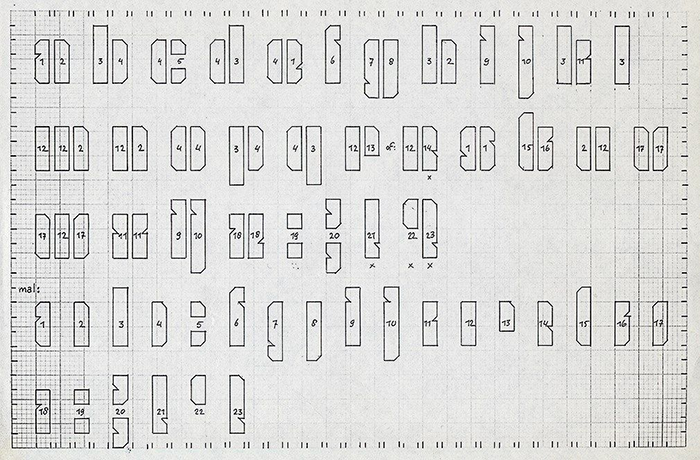